Kendall Jenner is in hot water after posting a video of herself doing everything but paying attention while driving down a busy California road. 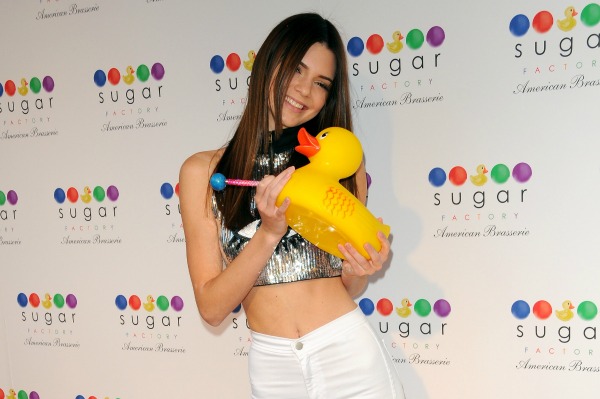 Reality star Kendall Jenner has some dangerous driving habits, and she herself proved them in a video she posted for fans.

It was just a year ago that Jenner was busted texting and driving on a Los Angeles freeway, but the model doesn’t seem to have learned any lessons.

In a selfie video posted to Keek, Jenner recorded herself walking to her car and hopping in, and then takes off and proceeds to look at her camera phone, making funny faces as she hurtles down the street instead of looking where she should: straight ahead at the road in front of her.

“Dangerous and illegal, this irresponsible act puts her and other drivers on the road at risk of being in an accident,” said a spokesperson for insurance group Plymouth Rock Assurance. “In fact, every day in the United States, more than nine people are killed and more than 1,060 people are injured in crashes that reportedly involve a distracted driver.”

The group also tweeted Jenner, asking her to sign an anti-distracted driving pledge.

For the record, in the state of California it is illegal to use “a handheld wireless telephone” in any capacity “while operating a motor vehicle.”