There are three new teaser videos for the fourth season of The Walking Dead and each one is full of hints and questions about the new season. 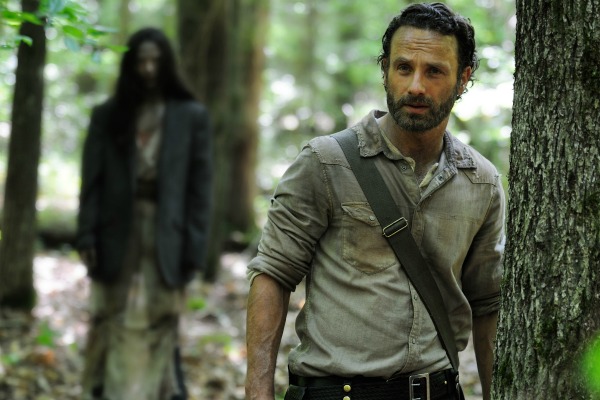 AMC has been doling out clips from the fourth season of The Walking Dead like an old geezer giving out candy on Halloween. They keep giving fans just enough bits and pieces to make them want more, but refuse to hand over the whole bowl of sweets.

In the first Walking Dead Season 4 clip, Michonne was seen riding on a horse and had to fight her way into the prison after a bunch of walkers surrounded her.

The latest teaser videos are just as short (if not shorter) than that first clip, but all offer hints and open the door to questions about the upcoming season.

Someone let the walkers in to the prison.

Many of the people that Rick and his group welcomed into the prison are still there, including children.

Daryl is still a hero.

Why would someone let walkers in?

Who let the walkers in?

Could it be the Governor coming back to exact his revenge on Rick and his group?

Is there a new enemy that they’ll have to overcome next season?

Take a look at the second Walking Dead teaser video, “Please Help Me.”

Hints from “Please Help Me”

Rick could be hearing voices again.

Something bad may happen to Carol.

Questions from “Please Help Me”

Who is asking for help?? (That’s really the only question and the answer to it is bound to be a doozy).

Check out the third Walking Dead teaser video, “Found Its Way In.”

Hints from “Found Its Way In”

There are more walkers than ever and all of them are heading toward the prison.

Questions from “Found Its Way In”

How are the walkers getting in?

Hershel says “everything” they were trying to keep out found its way in — could he mean something other than walkers?

What did you think after watching the new teaser videos for The Walking Dead Season 4?