The mother of Gia Allemand revealed she was on the phone with her daughter when she took her own life, and that the reality star was troubled for years prior. 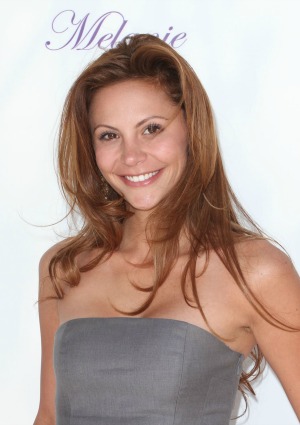 When reality star Gia Allemand took her own life, she didn’t do it alone: The former Bachelor contestant was on the phone with her mother when she hanged herself in her New Orleans apartment.

Now her mom, Donna Micheletti, has revealed details of that final conversation and of her daughter’s life that lead up to that fateful decision.

“She did it while I was talking to her,” Micheletti said during a taped appearance on Dr. Phil Tuesday. “I heard her last breath.”

“She said she was so tired of being hurt, and then I realized she was saying goodbye.”

“I was saying to her, ‘Sunshine, princess, we can make it together.’ I’m the closest person in the world to her and she didn’t want to be alone when she left this world. So she wanted Mommy to be there, I guess. I have no regrets. That sounds bad, but we had our last conversation, and that’s all she wanted.”

“She did it when I couldn’t understand her anymore,” Micheletti explained. “Then it was dead silence. I said ‘Wake up!’ I texted Ryan [Anderson, Allemand’s boyfriend]. I thought she was mumbling.”

“I didn’t know what it was until after the fact. I stayed on for 10 minutes. I didn’t want to hang up. I tried other phones to call Ryan. But [the line with Gia] got disconnected.”

Micheletti explained that Allemand suffered from extreme mood swings associated with severe premenstrual syndrome and had abandonment issues stemming from her abusive father, causing her to pick fights with boyfriends to test their loyalty.

“At that point, with how she felt with her menstrual cycle, she could not see clearly,” Micheletti explained.

Friends and family mourn Gia Allemand at her funeral >>

“It was like night and day. It would come out of nowhere. All of a sudden, something would click in there and she would say ‘This isn’t right. He doesn’t love me.'”

Allemand and Anderson reportedly argued in the hours before her death, with Allemand accusing the NBS player of cheating and Anderson telling her he didn’t love her anymore.

“She looked for fights with her boyfriend because of insecurities. I tried to take her to therapy, but I couldn’t force her to do it,” Micheletti said.

“She would look for fault in people to push them away, and was fearful of abandonment. She would go to dark spots during that time of the month. She believed exactly what she thought and apologized for no reason.”

Now grieving the death of her beautiful daughter, Micheletti has some advice for people who might be feeling as hopeless as Allemand did.

“Talk to your mom and your best friend. Let people in. You say you don’t have anyone, but you are just pushing others away.”