A.C.O.D. is on the rise. It’s a mysterious disorder that’s taken the population by storm. But what is it and how do we deal? Actors Jane Lynch, Adam Scott and Clark Duke try their best to explain. 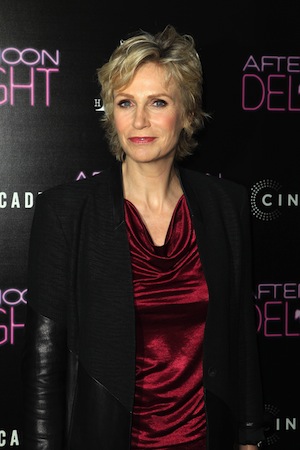 A.C.O.D. affects more than half of the adult population. But what is it exactly? It’s at the center of the upcoming film of the same name. It’s directed by Stu Zicherman who also co-wrote the screenplay along with Ben Karlin.

A.C.O.D. follows Adam Scott’s (Parks and Recreation) character, Carter, and his unhealthy relationship with his parents. They’re constantly at each other’s throats putting him in the middle. He thinks he’s perfectly well-adjusted, but in reality their conflicts had a serious affect on him. This is when his A.C.O.D. rears its ugly head.

One of the film’s co-stars is Jane Lynch (Glee). Even though she has a prominent role, she’s not quite clear on what the disorder is. Here are her best guesses as to what the letters stand for. They include agricultural corporation, artificial intelligence, Canada and Anderson Cooper of Distillation.

Now you know the name, but do you understand it? Over at Funny or Die, Scott and on-screen brother Clark Duke explain. The symptoms are very common and can appear without warning. You might suffer from A.C.O.D. and not even know it.

So there it is! The mystery’s been solved. What are you going to do about your diagnosis? You should check out the film to learn more about it.