Hugh Jackman is the star of both the X-Men and Wolverine franchises. But did you know he almost rubbed elbow’s with Spider-Man? 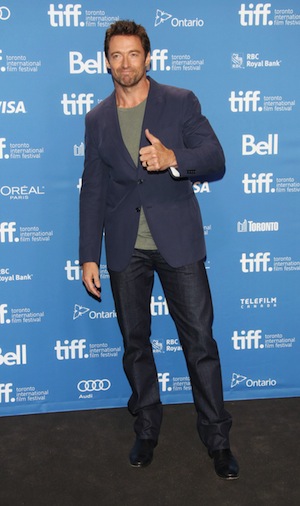 Marvel films are famous for their cameos. Ever since Nick Fury’s (Samuel L. Jackson) surprise appearance in the first Iron Man, they’ve become a staple. All of the superheroes under their banner interact with each other. That’s what made 2012’s The Avengers possible.

Before Marvel Studios was formed, the comic book company gave their film rights to various production banners. That’s why X-Men and Fantastic Four are at Fox, while Spider-Man is at Sony. But despite their different homes, Marvel tried to reel them in.

Over 10 years ago, Sam Raimi directed a big screen version of Spider-Man starring Tobey Maguire. The film opened in 2002, just two years after Fox’s X-Men. Superhero staple Hugh Jackman recently revealed that he was supposed to make a cameo in Raimi’s film. Unfortunately, they hit a snag with his costume.

“In the first Spider-Man — Kevin Feige [Marvel Studios President] reminded me of this — we really tried to get me to come on and do something, whether it was a gag or just to walk through the shot or something,” Jackman tells Huffington Post. “The problem was, we couldn’t find the suit. The suit was stuck in something. And so, when they were in New York when I was there, we couldn’t get it together.”

If their plan came to fruition, fans would have gone insane. Wolverine and Spider-Man frequently interact in the comics. On the page, they’re both members of The Avengers alongside Iron Man, Hulk and Thor. That’s why fans are dying for the studios to find a way to bring them together.

They were so close!