Country singer Vince Gill decided to take matters into his own hands when members of the Westboro Baptist Church protested outside of his concert in Missouri. 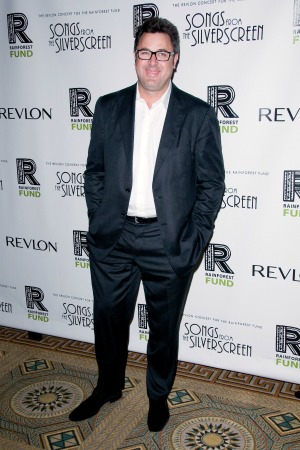 The controversial Westboro Baptist Church is at it again. This time they protested country singer Vince Gill‘s concert in Kansas City, Missouri over the weekend. The group of protestors got more than they bargained for, though, when the musician stepped outside the Kauffman Center for the Performing Arts to confront them.

The church was apparently protesting the country star’s show because he is divorced from his first wife, Janis Oliver, and is now married to Christian singer Amy Grant. Grant was previously married to fellow Christian musician Gary Chapman.

While the church is more often known for their anti-gay stance, they also don’t approve of divorce.

A female church member, who recorded the Gill confrontation, is heard asking the 56-year-old singer, “Vince Gill, what in the world are you doing out here? But, more importantly, what are you doing with another man’s wife?”

He quickly responded, “I came out to see what hatred really looked like in the face.”

The protestor prodded, “Don’t you know that divorce plus remarriage is adultery?”

That’s when Gill got really serious about the exchange.

He retorted, “Don’t you know that you f****** are lucky that you don’t have a sign that says something about my wife? You know what else [Jesus Christ] said? He said a lot of stuff about forgiveness, about grace. You guys don’t seem to have any of that.”

The Grammy winner then walked over to another protestor whom he had seen on TV before and added with a grin, “You’re a big dips***. You know that, don’t you?”

Gill isn’t the only celebrity to confront the group. Ke$ha and Russell Brand have challenged the church over its unpopular views in the past.