Baby makes four: Mario Lopez announced he and wife Courtney have a new addition to the family! 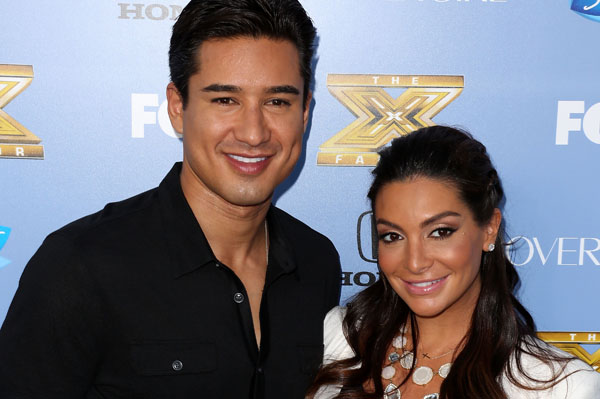 Mario Lopez‘s wife, Courtney Mazza, gave birth to their second child on Monday, Sept. 9 in Los Angeles. The baby, named Dominic, weighed in at 7 pounds, 2 ounces and is very “healthy,” the couple revealed through a statement on Extra Tuesday morning.

A couple of hours later, Lopez was still celebrating the good news and added, “I’m in heaven right now…. And in a bar.”

Little Dominic joins big sister Gia Francesca, who will be 3 years old on Wednesday, and will get a big princess-themed birthday party from her parents. Mazza said that Gia mostly understood that mommy had a baby in her tummy, so she had an idea a new sibling was coming.

“She’s pointing at the baby and saying, ‘There’s a baby in there.'” Mazza told People recently

Lopez shared all the details of his experience as his second child was born last night, as well as a video diary with EXTRA.

When Lopez began his day yesterday, he had no idea how it would end. After the launch of EXTRA‘s 20th season at Universal Studios Hollywood and doing his radio show, On With Mario, he headed downtown for his hosting duties on The X Factor. Once there, he received the news that his wife was in labor. X Factor host Simon Cowell made sure Lopez was done quickly and could get out the door as soon as possible. Once he was finished, he dropped the mic and headed straight to the hospital for baby Lopez # 2.

Twenty minutes after Lopez got to the hospital and put on his scrubs his baby was ready to meet the world. Lopez stood by Mazza’s side through the whole thing and documented all the special moments.

“It’s gonna be a baby! A beautiful, healthy one that looks just like mom,” he said.

Then, as the moment arrived, Lopez told the doctor not to reveal the sex of the baby so he could see for himself. Having kept the gender a surprise, the couple had no idea what was coming. So, Lopez was ecstatic when he found out it was a boy.

Lopez said the baby has curly black hair and a dimple just like him! Dominic was named after Courtney’s grandfather, who’s passed away, and will go by the nickname Nico.

Check out the video!