Nothing says viral like a twerking girl setting herself on fire. But it turns out it wasn’t clumsiness, but instead a well-crafted project created by Jimmy Kimmel. 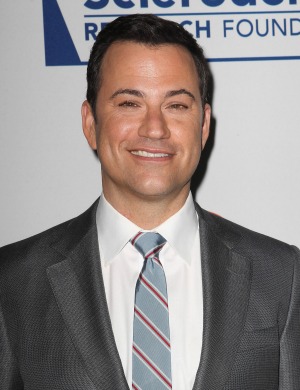 With so many random videos going viral on YouTube, it’s sometimes hard to tell them apart any more. So when a video showing a girl in a massive twerking fail began to spread across the internet, no one thought twice about it (after laughing at the girl and sharing the video, of course).

The 36-second clip showed a girl twerking in her living room, falling over and setting herself on fire. The video quickly gained more than 9 million views online, and was shown on numerous TV shows. Some blamed Miley Cyrus’ infamous twerking for the popularity. Others thought the video was fake.

Miley Cyrus becomes the talk of the town >>

It looks like those latter people were close to the truth, and the video was all pre-planned. Jimmy Kimmel announced he would be having the girl, Caitlin, on his show Tuesday night, and would air a never-before-seen portion of the video. The new video showed Kimmel in a pink shirt, matching Caitlin’s, coming in near the end of the video and putting out her fire.

“To the conspiracy theorists who thought the video was fake, you were right, it was fake,” the newlywed said, according to CBS News. “I’m also the guy who bit Charlie’s finger, by the way.”

What wasn’t fake about the video, though, was it going viral. Kimmel explained they didn’t use any of their connections to gain all the YouTube views they ended up getting.

For Caitlin, it was more than a fun video — it was a job. Kimmel revealed she is actually a professional stuntwoman named Daphne. Kimmel tweeted the interview Tuesday.

The late-night host went on to explain that the video did have a point — they wanted to make the world see how silly (and potentially dangerous) the world of twerking can be.

“Well, thank you for helping us deceive the world and hopefully put an end to twerking forever,” Kimmel said to Daphne.

Watch Jimmy Kimmel’s version of the video below: