Chris Hemsworth is a tough guy and he has recently revealed that he has been in some tough situations and has cheated death on more than one occasion. 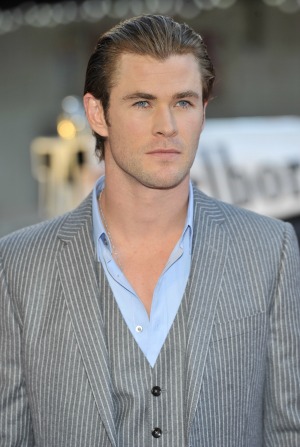 Many celebrities are known for their wild lifestyles filled with parties, alcohol and drugs, so it is no wonder that they often have near-death experiences.

Chris Hemsworth has revealed that he has had several near death experiences himself, although they have been nothing quite so hard-core. His accidents have almost happened while surfing.

The actor is an Australian native and is known for his love for surfing. The sea is unpredictable and for this reason Hemsworth has found himself trapped under water and struggling for breath, on more than one occasion.

In a recent interview with GQ Magazine, when asked if he had ever cheated death, Hemsworth showed his tough side and revealed, “I’ve surfed a couple of times where I’ve been pinned under a reef and I’m right at the end of my breath, and there’s nothing else you want to see more than the surface.”

Growing up so close to the shore has meant that Hemsworth grew up riding waves, and has found himself in several near fatal situations, including close encounters with sharks.

No doubt this daredevil behavior has been a stress to his wife, Elsa Pataky, with whom he has a young daughter, India.

Hemsworth added, “I’ve surfed most of my life and without a doubt there’s been sharks in the water when I’ve been there. I’ve never seen a shark, but there’s no doubt there would’ve been one around.”

“It’s the near misses that you don’t see when you’re walking down the street, then later you think, “S***, that bus was two inches away from hitting me”.

However, it is this extreme behavior and high-risk hobbies that make Hemsworth the perfect actor for exciting action and physically tough movies, ranging from thunder gods to his latest film, Rush — the biopic that is based on the life of Formula 1 driver James Hunt.

Hemsworth explained his inspiration and respect for the film and the people on which the story is based, saying, “The thing I learned about these guys [James Hunt and Niki Lauda] is that they’re two of the most honest human beings you could meet.”

“What you see with them is what you get, and both fiercely opinionated and not afraid to say exactly what they thought, not conform to some standard or censorship that sponsorships might’ve wanted them to.”

“All of us as human beings can appreciate that. Certainly through this process I was reminding myself, ‘Stop worrying about what people are going to think.’ You’ve got to make it your own.”