The world is familiar with Taylor Swift’s dating history and her high-profile breakups, but her ex-boyfriend Joe Jonas thought he’d shed some light on them anyway. 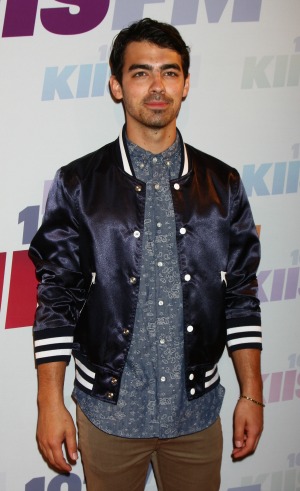 Taylor Swift has become almost as widely known for her singing and songwriting abilities as she is for her string of high-profile breakups.

Her romances include stars such as Joe Jonas, Taylor Lautner, Jake Gyllenhaal, John Mayer and most recently Harry Styles, the inspiration behind her hit track I Knew You Were Trouble.

In fact, her ex-boyfriend Joe Jonas chose to shed some humor on the situation during an interview with E!’s Fashion Police.

The star dated Swift in 2008 and broke up with her in a record-breaking time, 27 seconds to be exact!

When Joan Rivers asked about his ex-girlfriend and her dating history during an interview with Jonas, he decided it was the perfect opportunity to have a little dig at the country singer.

Rivers asked, “Joe, you’re the one who dumped Taylor Swift?”

To which The Jonas Brothers star responded, “I think it’s me and a few others, but yeah.”

At the time of the breakup Swift infamously revealed that she had been dumped in a 27-second phone call. Ouch!

In an interview on The Ellen DeGeneres Show, Swift said, “It was, like, a record, I think, for how quick. I looked at the call log — it was like 27 seconds. That’s got to be a record.”

“It’s all right — I’m cool. You know what, it’s like, when I find that person that is right for me, he’ll be wonderful. When I look at that person, I’m not even going to remember the boy who broke up with me over the phone in 27 seconds when I was 18.”

It is no secret that Swift continues to make millions out of her songs about heartbreak, which have all been based on inspiration from her ex-partners.

After her breakup with Joe, Swift poured her heart out into a song titled You’re Not Sorry, which detailed the pair’s split.

Rivers continued to press him, saying, “You did it over the phone, and you got three songs written about you.”

Kevin Jonas thought that would be an opportune moment to chime in and joked, “We still haven’t seen the royalty check. It’s weird.”

You would think that Swift would have learned her lesson by now.

Although, all that heartbreak has paid off, because Swift has made it into the 2014 Guinness World Records.

As People reports, Swift made it into the book as “First Solo Female with Two Million-Selling Weeks on the U.S. Albums Chart.”