We have a father! But it might not matter. After Savi is injured in a car accident, her fate — and the baby’s — is unknown. Talk about a cliffhanger. This show had better get renewed for at least one episode. We need answers! 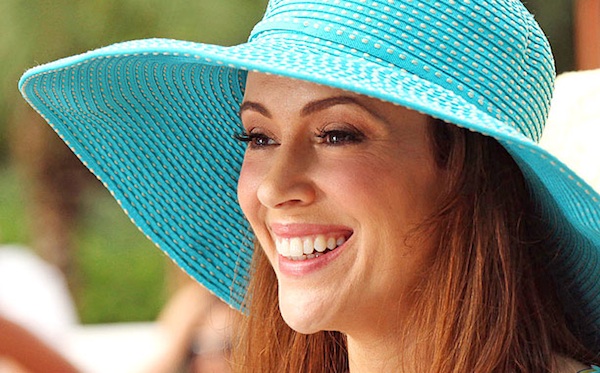 All right, so the finale of Mistresses wasn’t as dramatic as we expected. Not because exciting things didn’t happen, but because the exciting things weren’t resolved. At all. ABC just needs to renew this show already. Because if this is the end, it stinks. And by stinks we mean we need some follow-up episodes.

We find out that Elizabeth is actually clinically insane. No surprise there. And she hasn’t been to a therapist — she’s been to a whole team of them. No wonder Tom was so keen on some action with Karen. Bad news for Karen. Especially when Elizabeth shows up at Karen’s home with a gun. She’s planning on shooting Karen and making it look like a suicide.

POLL: Which hunk makes you squeal on Mistresses >>

But it’s Sam to the rescue! We hope. He discovers the gun is missing from the safe just in the nick of time and races off to save his and his father’s love. Like father like son, anyone? Anyway, Sam arrives and struggles with his mother. Elizabeth admits to killing Tom, which sends Sam over the edge. He lunges at Elizabeth. The gun goes off. There’s blood. Who’s hit? We have no idea.

Poor Joss spends the whole episode trying to distract Savi with birthday fun in the midst of the missing paternity results. They’re actually not really missing. Joss knows Harry took the letter. Just when Savi (Alyssa Milano) has a change of heart and decides she’s ready to have a look.

Luckily (yeah, only in TV), Savi gets hit by a car before tracking down the paternity letter. No joke. More on Savi below.

April decides she wants to be with Paul. Wait… what?! Sure Richard is a little boring. But Paul?! Paul is gross! Ugh, we can’t even begin to share our disdain. He left her for another woman, faked his own death and then invaded April’s life and threatened to out himself to Lucy. Who goes for a guy like this? She’s suddenly got stars in her eyes like, “Oh, he’s so perfect?” No. No way. Yuck.

Then Miranda calls and says she hasn’t heard from Paul in days. He didn’t arrive home when he was supposed to. She’s been abandoned just like April was. Now April doesn’t seem so sure about her decision. Ya think?!

She sends Paul away. But also doesn’t want to go back to Richard. Go independent women!

Her theme song this week is: It’s my birthday and I’ll cry if I want to. Savi can’t pick between Harry and Dominic.

And then she gets hit by a car and suddenly that decision doesn’t seem so huge anymore as she fights for her life. Harry cries at her bed and says she’s his love. He says he will always choose her. Then it’s Dominic’s turn to confess his love. And Savi doesn’t make a decision. So what’s new?

Well, how about this: Dominic is the father.

And Harry is the one who reads the paternity results first. After the accident, Harry encourages Joss to call Dominic so he can join all of them at the hospital.

Luckily, Savi didn’t lose the baby in the accident. Savi is in critical but stable condition and even conscious. And the show wouldn’t be the show without Alyssa Milano. So we don’t think one ill-placed car will stop her.

That is, until the last few moments of the show as Savi loses consciousness and her heart rate monitor starts flatlining.

Will she live? We think so. Will we ever find out? At the turtle pace ABC is traveling, probably not.