Miguel drops this suggestive song, but it hardly goes down as smoothly as his other sensual tracks. Is it edgy and different or terrible and poorly made? Read on and comment about what you think! 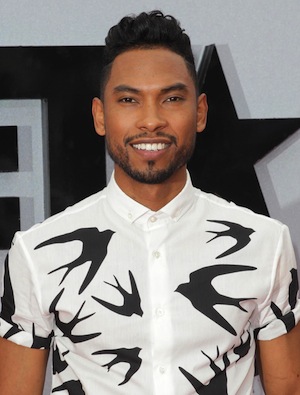 Can I be honest?

I hated Selena Gomez‘s “Come and Get It” when I first heard it. I thought the middle-eastern backdrop was confusing and I swore that it wouldn’t catch on. So much for being ahead of the curve, huh? By the time it soared up the charts, I was mulling over how badly I misjudged it. Even now, I listen to that song on repeat and can’t get enough of it.

Selena is quitting while she is ahead, discusses leaving her music career behind >>

Sorta what I was hoping for with this latest track from Miguel, “Can’t Sleep Together.”

It starts off with a peculiar, controlled shouting of the title, as though Miguel were reeling in the words (or as though he was deaf?). Though corny, I figured “I can’t sleep, you can’t sleep, let’s can’t sleep together” still had it’s potential. I’ve heard worse lyrics, quite frankly (you do know who Soulja Boy is, right?).

So fine, the lyrics aren’t particularly profound or seductive (the latter being something I have come to expect from this soulful singer). But, this is the guy who is in the league with Robin Thicke in dominating bedroom soundtracks. So what about the song overall? Can you at least vibe to it?

Did Robin Thicke hit the sheets with this attention-seeking blonde? >>

You have to listen to it and let me know, because I’m still anxious to draw a conclusion.

On it’s first run through, I didn’t care for it. On the second, I questioned it, but had a more positive outlook. Could this be suffering from the “Come and Get It” syndrome where I misjudge it and it ends up blowing up? Not sure readers. His voice is morphed and tired, but it’s almost has a “drunken” appeal that Drake capitalized on with his hit, “Marvin’s Room.”

It’s an oddly-versed and executed track, where you sort of hope for more variation than there is. Even by the chorus, where I was hoping there would be a drop, or the song would really hit it’s stride, I was left disappointed.

Need something good to read and catch up on all your favorite artists? Sign up for our newsletter! >>

I’m indifferent, but am always eager to hear new music from Miguel. The sexy and often over-the-top artist has re-emerged, so what do you think? Is this song a jam that showcases a man’s restlessness and desires, or is Miguel falling flat and just being reckless with his song choices?

The song is from the 2013 Adult Swim Singles Program.