What will happen in the fourth season of Boardwalk Empire? Here are our predictions. 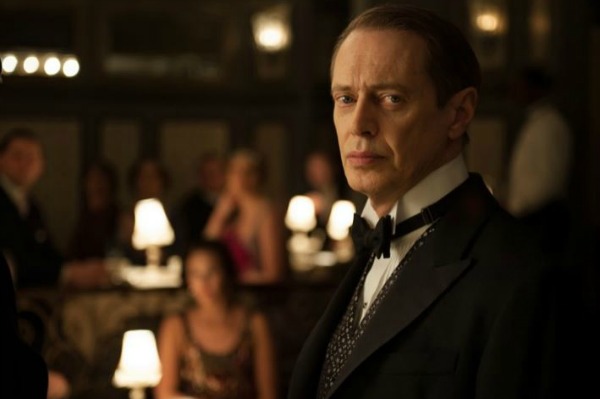 The fourth season of Boardwalk Empire kicked off last night on HBO with an episode called “New York Sour.” Now that the new season is finally underway, we at SheKnows decided to throw out a few predictions for what we think could happen with the rest of the season.

Nucky will get his empire back

In the premiere, it was plain to see that Nucky (Steve Buscemi) was still reeling from the effects of battles that took place at the end of last season. He even went so far as to take a peace offering to Masseria. Though Nucky may have been acting like he was defeated, we’re guessing that he’s going to get all of his power back. All of this aligning himself with other gangsters will pay off in the end.

Narcisse will bring trouble for Nucky

We still haven’t seen the mysterious Narcisse yet, but by all accounts it sounds like he’s going to be a major player this season. We just predicted that Nucky will be getting back on his feet, but that doesn’t mean he won’t have to fight for it first. What fun would it be if Nucky had all his power but no one ever challenged him? Narcisse will be that challenger, but we predict that half the fun of this season will be watching Nucky show him who’s boss.

One major character will die

OK, so maybe this one is a bit of a given in a show that serves up death as often as IHOP serves up pancakes. But usually the characters that die on Boardwalk Empire are the proverbial “red shirts” (like on Star Trek): assorted faceless goons who are just pawns in the games played by the big boys. We’re going to predict that someone a little more important will die in Season 4. If you look at historical facts, then it makes sense to predict that O’Banion could die, but this show isn’t always known for following history exactly. So who else could it be? At this point it’s anyone’s guess.

Phillips will get less innocent

In an interview with CBS, Ron Livingston described his character as an innocent man who’s not from the world of Atlantic City and knows nothing about it. Interesting description considering that in the season premiere, Phillips was talking to Gillian about buying the Artemis Club. If Phillips is innocent now, something tells us that he won’t be if he ends up running a brothel.

What do you think will happen in Boardwalk Empire Season 4?

The Million Second Quiz in 30 seconds
POLL: Which hunk makes you squeal on Mistresses?
20 Best moments from The Newsroom‘s “Election Night, Part 1”