Jared Leto always gives his all to his roles. But for his newest role, he went a step further and risked his health to bring his character to life. 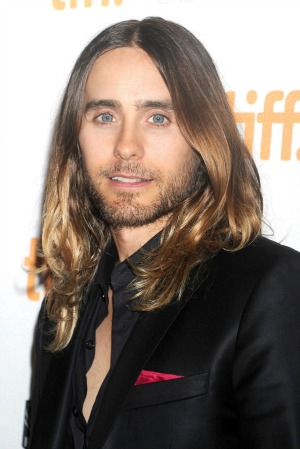 Jared Leto has been known to throw himself into his characters, and his latest is no different. In Dallas Buyers Club, Leto’s first film in five years, he plays a transsexual fighting AIDS. The character required a significant amount of weight loss, and Leto made sure he looked the role.

“I stopped eating,” Leto told TheWrap, according to Reuters. “It was 30 or 40 pounds. After a while I stopped counting.”

Leto’s character Rayon contracts the HIV virus and then AIDS, and the actor shrunk down to 114 pounds for the role.

The film also stars Matthew McConaughey, who also dropped an enormous amount of weight for the role. He told TheWrap he stayed home for weeks to monitor what he was eating, and eventually, “you just make a decision.”

The weight loss is a part of the characters, but the film apparently doesn’t dwell on it. Reuters says Leto is “shockingly gaunt but still remarkably beautiful in the role.” But the film goes much deeper than their looks.

Dallas Buyers Club focuses on the two men as they attempt to find alternative drugs, eventually getting involved in selling drugs from Mexico. Jennifer Garner also stars in the film, as a doctor focused on helping her patients.

The film is one of Leto’s first since playing Mark David Chapman in Chapter 27 in 2007. He gained up to 60 pounds to play the man who ultimately killed John Lennon. In the last five years, he has been spending most of his time with his band Thirty Seconds to Mars.

Both McConaughey and Leto are considered awards contenders for their roles in Dallas Buyers Club, and it looks like they’ll be back to their normal weights in time for awards season.