It’s official. Ryan Seacrest has cloned himself. How else would he have the time, given his other numerous obligations, to host network TV’s most aggressive and ambitious game show, The Million Second Quiz? That’s just one of a million questions this show inspires. Here’s a quick rundown.

As near as we can gather, The Million Second Quiz was developed to aggressively breathe life into the largely floundering genre of game shows. Ryan Seacrest told The Hollywood Reporter, “I hope this… moves the ball in terms of the way that game shows are done. It’s certainly a hybrid of a sport and game, and our hope is that this is something that’s innovative and pushes the envelope a little bit.”

The Voice finalists: Where are they now? >>

For the first time since the ’60s, this game show will run live. Unlike shows from the ’60s, it will run live for 1 million (it’s more fun if you say “million” like Dr. Evil in Austin Powers) seconds (11 days, 13 hours, 46 minutes and 40 seconds.) It will air every night, starting tonight through Sept. 19. 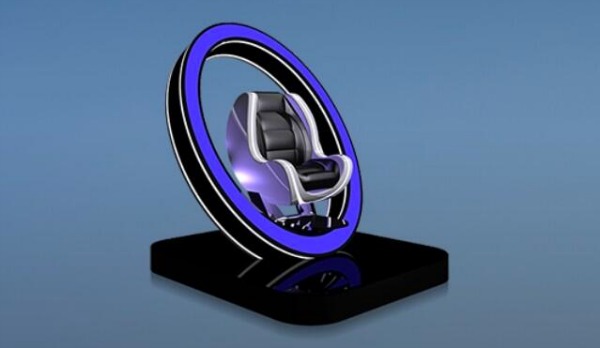 It has cool furniture

It has a “Money Chair” that generates $10 per second spent in the chair. Where does a girl find one of those? (I sit in my office chair a lot, but it’s not earning $10 per second.) Minimum earnings for the show is $2 million, and if a contestant were able to stay in the Money Chair for the duration, his or her earnings would be $10 million. NBC boasts that this will be the biggest guaranteed pot of money in game show history.

This is the first completely interactive game show where the public can download an app and play along in hopes of being flown to New York City to become a contestant. I read half a dozen articles about this show, (including the network’s) and I don’t fully grasp the concept. If I were a betting gal, I would wager that because the game is completely interactive, just enough intriguing but slightly ambiguous information has been provided to goad us into watching. (Which is effective. Even though I suck at trivia, I’ll be watching just to make sense of it all.)

When will people eat, sleep and use the restroom?

Winners’ Row consists of the game’s four leaders who earn the right to eat and sleep, all next to the three-story, hourglass tower built atop the Mercedes-Benz dealership in midtown Manhattan. (Much is being made of this set, so we are assuming Mercedes-Benz is kicking in on the cash prize.)

Keep up on all your favorite shows — subscribe to our newsletter >>