On Saturday, Wentworth Miller shared even more of his personal story of coming out as a gay man. His struggles were challenging, but his message is strong. 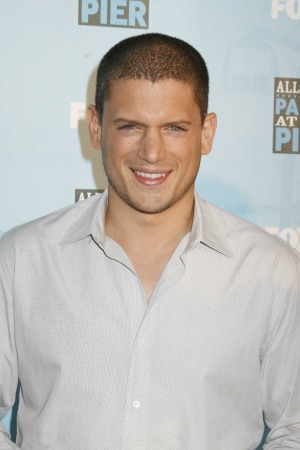 Wentworth Miller continues to stand up and tell more of his personal story as a gay man in Hollywood. In August, he publicly declined to attend the St. Petersburg International Film Festival. Now he’s sharing his trials of growing up and coming to terms with his sexuality.

The former Prison Break actor admitted to attempting suicide “more than once” in a speech at the Human Rights Campaign Dinner in Seattle on Saturday. TMZ has the exclusive video.

Miller revealed, “The first time I tried to kill myself I was 15. I waited until my family went away for the weekend and I was alone in the house and I swallowed a bottle of pills.”

“I don’t remember what happened over the next couple of days, but I’m pretty sure come Monday morning I was on the bus back to school pretending everything was fine,” said the 41-year-old star.

He also talked about coming out in Hollywood. Even though the entertainment community is very accepting of gay and lesbian actors, he thought his admission might affect his career.

“I had multiple opportunities to speak my truth, which is that I was gay, but I chose not to. I was out privately to family and friends — publicly, I was not,” Miller said. “I chose to lie — when I thought about the possibility of coming out, how that might impact me and the career I worked so hard for, I was filled with fear.”

Any fear he might have had in the past is now a distant memory as he publicly shows a brave face. His letter to the organizers of the Russian film festival this summer made headlines for taking a stand against the country’s anti-gay laws. It was also his way of coming out to the public.

He wrote, “I am deeply troubled by the current attitude toward and treatment of gay men and women by the Russian government. The situation is in no way acceptable, and I cannot in good conscience participate in a celebratory occasion hosted by a country where people like myself are being systematically denied their basic right to live and love openly.”