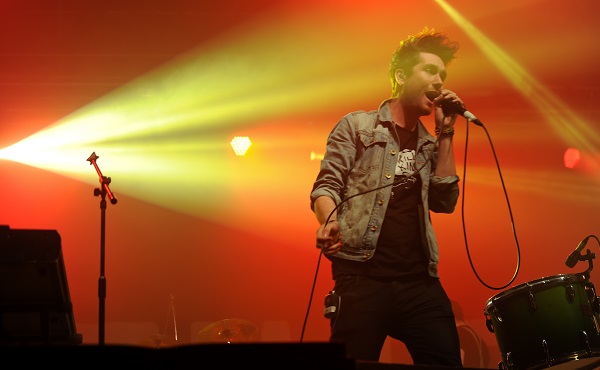 Not quite all over the radio yet but still a song that has us dancing, Bastille’s “Pompeii” is carried by an almost tribal-sounding drum sequence, some chanting and the beautiful voice and lyrics of the band’s humble leader, Dan Smith. If you haven’t heard the song, now is your chance. And if you have, then it’s time to witness the music video.

First, though, a history lesson. Pompeii was a city that thrived during ancient Rome. It was located near Naples. Before its early destruction, Pompeii had an intricate and unique water and waste system for its time. Sadly, that system, the people who created it and the residents who used it were all buried under thick mud and ash when Mount Vesuvius erupted in late 79 A.D. The city remained fossilized under the rock and ash for 1,500 years before people finally discovered it, finding that everyone and everything left in the town had been “frozen” in place by the lava as it rolled through. While historians merely take stabs at what ancient life was like in some cities, the catastrophe caused by Vesuvius has led to the most detailed historic discovery ever unearthed. We know exactly how the people of Pompeii lived, vices and all.

We don’t, however, know what went through their minds as destruction reigned.

With that out of the way, Bastille’s “Pompeii” is more than just a cool song with a cool name. It’s Smith’s interpretive take on a conversation that might have taken place between two people of Pompeii as their world erupted. For all the dance-inducing music, “Pompeii” is a depressing look at what those “frozen” bodies would have felt and said, if they had been in any condition to feel or speak.

Have you heard Coldplay’s song for Hunger Games: Catching Fire? >>

Perhaps most telling that this isn’t just your ordinary dance rock song are lyrics like these:

Smith’s reaction to the devastation is simple: “How am I going to be an optimist about this?” That had to have been true for anyone just outside the lava’s path, watching an entire city cease to exist, and it most certainly would have been the thoughts of any person in Pompeii.

The video depicts another kind of destruction as Smith runs through the nearly abandoned late-night streets of Los Angeles. Along the way, he occasionally runs into others who he thinks are like him, but they all end up turning to him with eerie black eyes. As he stands looking out at the Mohave Desert, Smith turns to us as his eyes go black — his final wall tumbling down. Not cool.

www.youtube.com/embed/F90Cw4l-8NY
Bastille is from London, England. The band consists of lead singer Dan Smith, Chris “Woody” Wood, Kyle Simmons and Will Farquarson. Their debut studio album, Bad Blood, is out now… and worth every single penny.