Jennie Garth is once again off the market, but this time she isn’t hiding it. See why her new boyfriend is different from the other guys she has dated (and why that may be a good thing). 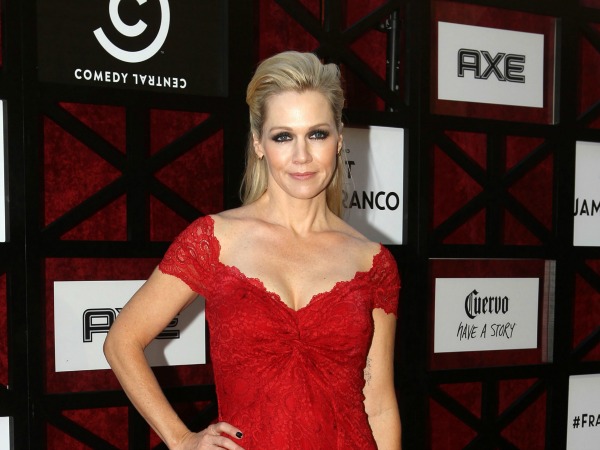 Jennie Garth is once again off the market! The actress has a new man in her life: San Francisco businessman Michael Shimbo.

“They met through a friend. They’ve been seeing each other for a couple months now,” sources told Us Weekly. “They are great together. Super sweet.”

Everyone is trying to fix up Jennie Garth >>

Unlike other celebrity couples, this couple hasn’t been hiding their newfound love. They attended the Roast of James Franco on Aug. 25 and constantly talk about each other on social media.

https://instagram.com/p/d53Lk2hgAe
Garth is completely adorable in this relationship.

The 41-year-old had been married to Twilight actor Peter Facinelli for 11 years until they split in March 2012. The couple has three daughters together: 15-year-old Luca, 10-year-old Lola and 6-year-old Fiona.

The actress opened up about the divorce to People back in 2012, saying she wanted to be an inspiration for other divorcées.

“I want to be a symbol of getting through something like this intact,” she said. “I’ve gone through the darkest parts and I’m coming out and I even feel gratitude for having gone through it.”

Since the split, Garth has been linked to a few other men, and Facinelli has been dating actress Jaimie Alexander since 2012.

Garth had been rumored to be dating former Beverly Hills 90210 co-star Luke Perry (although that was possibly just a dream of those who grew up with 90210), but this romance puts those rumors to rest. Shimbo is about as far from the world of Hollywood as possible. He is the CEO of a San Francisco company called Planes, Trains and Automobiles.

The actress and Shimbo were seen out with another former 90210 co-star, Shannen Doherty, and her husband, Kurt Iswarienko.