RoboCop’s been given a makeover. The ’80s hero is bursting into the 21st century with a remake. Sony just released the first trailer for the highly anticipated film. 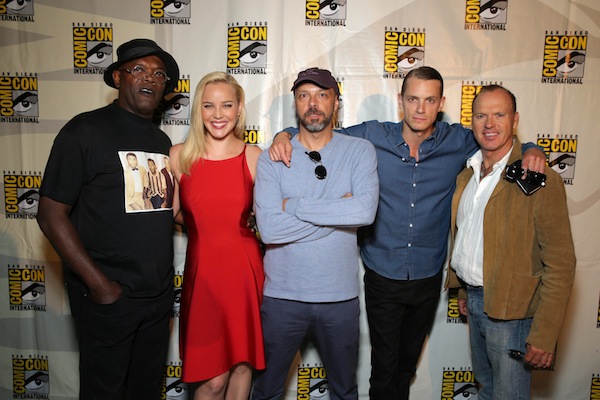 “Dead or alive, you’re coming with me.”

That’s one of many famous lines from Paul Verhoeven’s RoboCop. It was a B-level sci-fi movie that became a cult classic. The film starred Peter Weller as Alex Murphy, an officer who’s gunned down on the job. Instead of being buried, his remains are used to pioneer a new protection program called RoboCop.

Michael Keaton spills: What RoboCop and drones have in common >>

The film spawned several sequels and even a short-lived TV series, but none of the follow-ups held a candle to the original. Next year, director José Padilha will try his best to re-create that RoboCop magic. This time, The Killing‘s Joel Kinnaman will play the title role.

The Killing recap: Can things get any worse? >>

Thursday evening, Sony released the first trailer that revealed the hero and his updated look. The new RoboCop ditches the bulky, gray suit for a sleeker design. He appears to be a hybrid of Batman and Iron Man. Whether or not his new appearance will go over with fans is up for debate.

A lot of story changes have also been made. RoboCop’s origin is completely different. His wife (Abbie Cornish) plays a bigger role in his transformation, and his partner has gone from female to male. They’re really switching it up.

4 New movies at Comic-Con that left us stoked >>

What do you think of the new and improved RoboCop?