With their first new music in two years, Coldplay is back with “Atlas” — a song they wrote specifically for the upcoming film The Hunger Games: Catching Fire. 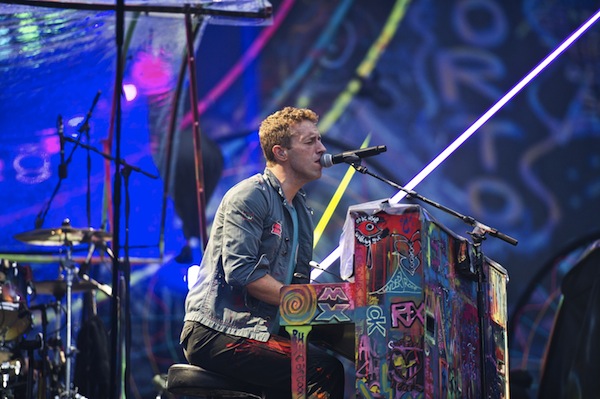 The lyric video is masterfully done — taking us through an astral scene where we follow stars weaving in and out of constellations as Coldplay frontman Chris Martin sings:

Check out the trailer for The Hunger Games: Catching Fire >>

The stirring melody builds as we follow the arrows shot from one of the constellations.

Sometimes the wire
Must tense for the note
Caught in the fire, say oh
We’re about to explode
Carry your world
I’ll carry your world

If you close your eyes, you can see Peeta and Katniss in the Quarter Quell arena with the world around them on fire and… OK, we’re not giving anymore away.

This song has us so excited for the second installment of The Hunger Games that we can hardly wait.

Well, we don’t have to wait that long. The Hunger Games: Catching Fire hits theaters Nov. 22, and tickets go on sale Oct 1.

A release date for the accompanying soundtrack has yet to be announced. In the meantime, I will just watch this video on repeat and dream of all things Katniss and Peeta.

What do you think of “Atlas”? Are you excited for The Hunger Games: Catching Fire? Let us know in the comments below.