Piper Perabo is the latest Hollywood celebrity who is about to take a trip down the aisle. The actress is engaged to her boyfriend Stephen Kay. 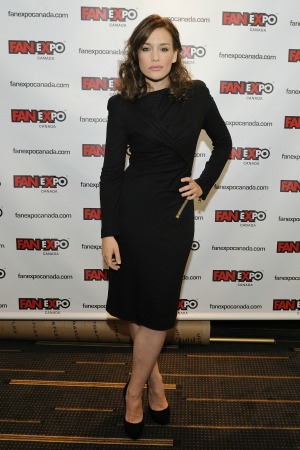 There’s something in the water over in Hollywood because celebrities seem to be getting engaged every day in Tinseltown lately. On Friday, it was announced that actress Piper Perabo is engaged to director Stephen Kay.

The couple both work on the USA Network series Covert Affairs.

Kay, who co-executive produces the cable series, is also known for his work as an actor on shows like General Hospital. Perabo’s big break came in 2000 with the movie Coyote Ugly which also starred Maria Bello and Bridget Moynahan.

Covert Affairs is currently in its fourth season. The show is on a four-week hiatus, but will return to USA Networks on Oct. 17 for six more episodes. The 36-year-old actress was nominated for a Golden Globe award in 2011 for her role as Annie Walker in the drama series.

Perabo committed to the role not only as an actress, but as a stunt person as well. She works hard to keep in shape for the role.

She told USA Today in 2011, “I know that when I’m watching an action sequence and they cut away and they show the hero from behind for the rest of the fight scene, I think, ‘Oh, the actor just left and now we’re watching a stunt person.’ It takes me out of it. I’m willing to suffer the bumps and bruises to make the show really great.”

With action like that on the set, the actress is going to be in great shape for her wedding.