Will you stay up late with Alec Baldwin? We will! 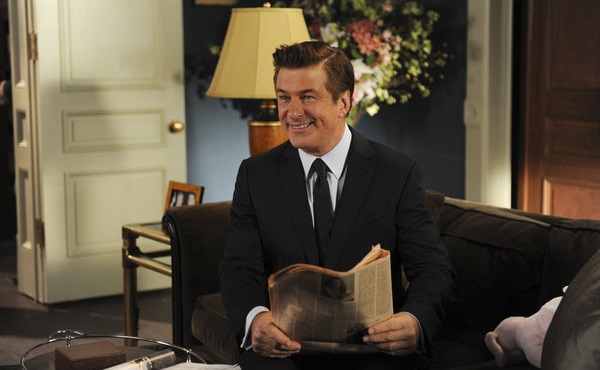 Our favorite Baldwin (don’t tell the others) is coming to MSNBC! That’s right, Alec Baldwin is set to start his own late-night talk show called Up Late with Alec Baldwin. As you might imagine from a show on MSNBC, Baldwin will discuss current events.

Rumor has it: We heard the MSNBC news months ago >>

This isn’t his first time tackling world events. For the last two years Baldwin has hosted the podcast Here’s The Thing for WNYC. According to a statement, it’s that very podcast that brought about his desire to host a show. He loved it so much that he spent two years in talks with MSNBC on just what the show would entail.

“After two seasons of my WNYC podcast, I’ve developed a fondness for hosting a show that involved talking with smart, talented, and engaging people in every imaginable field,” he said in a statement. “I’m grateful to MSNBC for helping me bring a similar show to television.”

Did you hear about his run-in with the papz? >>

Up Late may very well be the perfect platform for Baldwin, who has never had an issue with saying what’s on his mind. Over the years, it’s seemed absolutely nothing is too sacred for Baldwin’s opinion. Voicing his views on Twitter has even seen him in hot water on occasion.

The show will air Fridays beginning in October. The once-a-week schedule will also be beneficial to Baldwin’s stated desire to retire from the limelight. Now that he and his wife have their gorgeous new daughter, Carmen, Baldwin is probably doubly anxious to stay home. However, even celebs have bills to pay and his MSNBC gig might just be a way to have the best of both worlds.

We can’t wait to hear what he’ll have to say and see what he’ll do with those eyebrows when he gets fired up!

Our newsletter is pretty informative, even when it doesn’t always showcase ol’ Baldwin blue eyes >>