From best to worst, Dexter has captivated audiences since Season 1. Now that it’s almost over, it’s time to decide our favorites. Will it be the Trinity Killer or the Ice Truck Killer for the win? 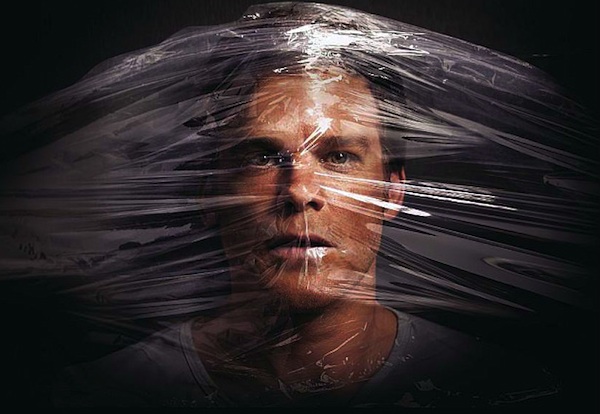 The series finale of Dexter is almost here. Most people we’ve talked to, especially fans of the show, say that while they’re sad to see it go, it’s time. For eight seasons, we’ve watched a detached serial killer become so much more. The show will forever be heralded as one of the greats, but it’s time to say goodbye. In honor of the end, here’s our ranking of Dexter‘s eight seasons:

Season 7 starts our list at the bottom. Yeah, it had some exciting moments, but it was really the beginning of the end for Dexter. Deb’s got all these weird feelings, La Guerta’s got all these weird suspicions, Dexter’s got this weird relationship. La Guerta’s death wasn’t so much devastating as it was a letdown. At the end of the season, we all just felt uncomfortable.

Not that this season was bad, per se, it just wasn’t memorable. At all. Especially in the shadow of Season 4. We forgot all about The Skinner until this article. The only redeeming moments were Dexter’s marriage and Quinn’s arrival. Otherwise, what happened in this season? We don’t really care and it’s not worth rehashing.

So there are still two episodes left, and we’re really banking on Dexter turning things around with an out-of-this-world finale. Let’s be honest, though: We’re not holding our breath. Season 8 reminds us that the show is still clinging to its Lithgow success four seasons ago. But Evelyn is nowhere near as cool as Lithgow. And while we don’t hate Hannah anymore, it feels a little false that she’s suddenly Dexter’s soul mate. Let’s not even talk about Deb (Jennifer Carpenter).

Season 2 didn’t fully capture the brilliance of Season 1, but it was an adequate follow-up to a show that had definitely caught our attention. If you’ll remember, in Season 2 Rita encourages Dexter (Michael C. Hall) to join an addicts program where he starts a steamy affair with the dark and mysterious Lila. It was interesting enough to keep us holding on through Season 3, which was so worth it. So thank you for being just good enough, Season 2.

This season gets a lot of flak, which we don’t think it deserves. Colin Hanks joined the season as The Doomsday Killer. Hanks’ character Travis was just off his rocker enough to be really exciting to watch. Also, the plot line and motivation for Travis’ killings was really unique. (We think the show Hannibal actually did a little copying action here — not that it’s a bad thing, we just see a lot of parallels.) All in all we would count Season 6 as solid.

We still wish Lumen would return to the show. Her character (played by Julia Stiles) was so well done it was shocking. The way she grew from scared victim to confident killer was perfect. And though we wish we would see her again, her exit was well played. This season was memorable especially in the midst of Dexter’s grief, and we applaud the show for navigating such sensitive and difficult issues.

How could we not give some love to Season 1, where it all began? When we first heard about the show, we didn’t know what to think. Then, after seeing the first season, it became so clear how revolutionary the premise was. Dexter was a serial killer that you rooted for right from the beginning. Though he struggled with his emotions throughout Season 1, it was clear he had a heart in there somewhere, even if he couldn’t see it yet. It’s fun to look back on Season 1 and realize how far we’ve come. Dexter has grown and, by watching him, so have we.

Season 4 of Dexter will probably go down in history as one of the best season of any show. Ever. When people talk about fantastic TV, they talk about this. John Lithgow tore up the screen as The Trinity Killer, and Dexter complemented him perfectly for a wild ride we couldn’t wait to watch. Not to mention a mind-blowing season finale no one ever saw coming. We, like Dexter, were so devastated by Rita’s death we didn’t think we could continue. The shock stayed with us for months. Television doesn’t really get any better than Season 4 of Dexter. It, without a doubt, deserves the No. 1 spot on our list.

The series finale of Dexter airs on Sept. 22 on Showtime. Will you be watching?