The presenters for the 65th Primetime Emmy Awards have been announced, and it looks like we’re shaping up for a night full of dynamic duos and girl power! 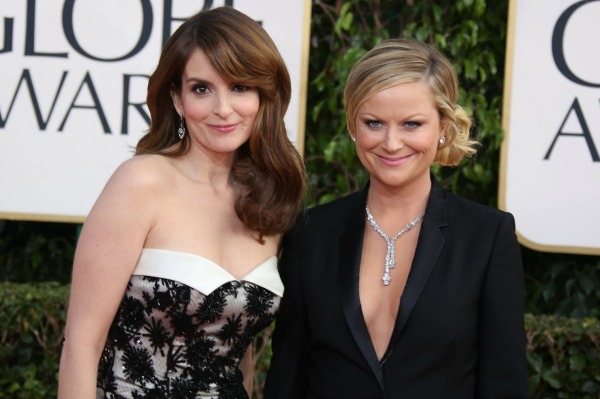 If there is a theme for the 65th Primetime Emmy Awards, it might be “The Perfect Pair.” Presenters were announced today, and the duos are about as perfectly coupled as they could be.

Michael Douglas and Matt Damon, who starred together in HBO’s Liberace biopic Behind the Candelabra and are both nominated for Outstanding Lead Actor in a Miniseries or Movie, will present for the first time this year — but they might just be upstaged by the fabulous females that will follow.

How about Tina Fey and Amy Poehler presenting together, as well as sisters Emily and Zooey Deschanel, Anna Faris and Allison Janney (co-stars on the upcoming sitcom Mom), and Scandal‘s Kerry Washington and four-time nominee Diahann Carroll!

Fey and Poehler are going head-to-head for Outstanding Lead Actress in a Comedy Series, but any rivalry between these longtime BFFs is surely to be strictly for laughs.

Washington is up for Lead Actress in a Drama Series, but both Deschanel sisters were snubbed in their respective categories despite the success of their shows, Zooey’s New Girl and Emily’s Bones.

The 65th Primetime Emmy Awards, hosted by Neil Patrick Harris, will air live from the Nokia Theatre L.A. LIVE on Sunday, Sept. 22 at 8/7c on CBS.

Emmys: Nominated choreographers to create dance number
Emmys best dressed: Who brought it on the red carpet?
Emmy winners of the past: Where are they now?