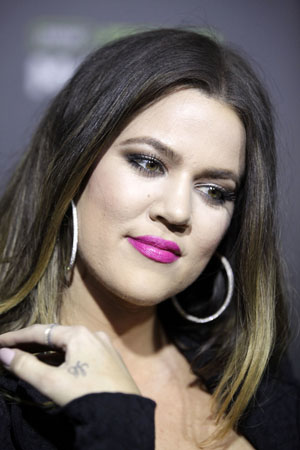 Everyone let out a sigh of relief when Lamar Odom seemingly checked himself into rehab for his drug problems. But after a one-day stint in a treatment facility, his wife Khloé Kardashian claims Odom has gone missing.

Kardashian has no idea where her husband has gone, Us Weekly claims, and a source is saying that the reality star is “just exhausted” from all the turmoil. A source added that Kardashian cut her husband off after an intense fight over a week ago, and told him to leave and get help.

After he briefly left home last month Odom ignited rumors that he and Kardashian were separated. But the NBA star returned to his wife and vowed to get help for his growing drug addiction. However, that truce didn’t last long.

According to the Us source, Kardashian confronted Odom about his heavy drug use and his alleged affairs with other women. When she kicked him out, it did prompt the basketball player to seek help, but he checked himself out of a rehab facility on Thursday, after being there just one day.

Now, Kardashian has lost touch with Odom and she’s unsure of his whereabouts, not having talked to him since their heated argument. Apparently, she and her family are not even sure if he ever went to rehab in the first place.

“She doesn’t believe it,” the source said. “She doesn’t think he went to rehab. Khloé is so exhausted by everything. She doesn’t know what’s going on.”

Meanwhile, RadarOnline is reporting that Odom’s childhood friends actually flew from New York to Los Angeles to have an intervention with him. “Lamar wouldn’t open the door initially,” an insider told RadarOnline, “telling them he ‘didn’t give a f***’ what the world thinks.”

But when he finally let them in, a shocking scene awaited them. “He’s smoking crack now,” the source added. “His friends fear he’s suicidal and trying to smoke himself to death!”

RadarOnline also claims that Odom’s camp has kept Kardashian and her family in the dark about where he is, so she doesn’t know what to think anymore.

Lamar Odom’s drug dealer bailed him out of jail
Lamar Odom: Secret arrest for prostitution
Khloé Kardashian charity scandal: We were set up!