After a cheating scandal hit her marriage, Paula Patton is finally speaking out about her relationship. But with no mention of any problems, how believable is she? 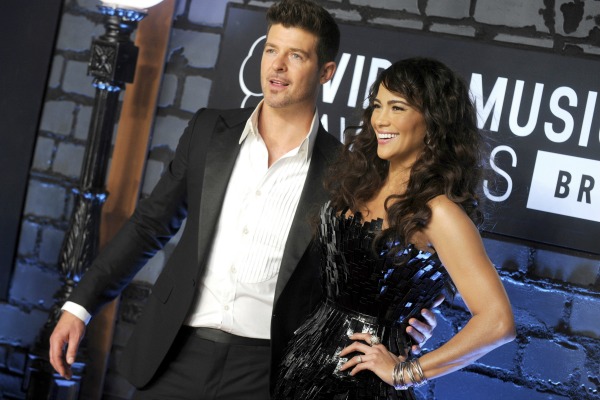 Paula Patton finds herself in a tough spot right now. A woman claims she fooled around with Patton’s husband Robin Thicke after the 2013 MTV Video Music Awards. But as far as Patton is concerned, everything is all good with her marriage.

“He’s just the best,” she told YourTango about her marriage. “He’s always so funny and he makes me laugh all the time.”

The closest Patton ever gets to acknowledging the scandal in the interview isn’t really an acknowledgement at all.

“I am so blessed,” she explained. “I think hard times in life really make you appreciate the love and the good times. I’ve gone through some hard times, so I appreciate my great blessings every single day.”

The 37-year-old’s answers were all way too sweet to be incredibly believable, just like the PDA the couple showed while on the red carpet since the allegations of cheating emerged.

“He loves me so much and the feeling is mutual,” she continued. “The best is when you love someone deeply and those feelings are equally returned. Also, Robin is really there for me. When times are good or bad or sad or happy or boring, just having somebody by your side to help you through means everything. I know I can count on him standing right next to me always.”

Patton also didn’t mention the bizarre performance Thicke was a part of at the VMAs.

The actress and Thicke were high-school sweethearts, and she’s no stranger to Hollywood. She is herself an accomplished actress, and has a new film coming out soon. Baggage Claim also stars Adam Brody and has Patton playing a woman determined to be engaged within 30 days.

“I read the script when I was making Just Wright with Queen Latifah. I laughed out loud,” she said. “I brought in my husband and my best friend. We sat around my living room and read the entire script out loud. Robin is great about doing that with me. I always wanted to do a romantic comedy. And this is a great romantic comedy about a woman seeking love.”

To find love, Patton has the formula. She said you “really have to love yourself first. Find your own happiness and then go share it with someone else. You can’t go looking for someone to give you your happiness.”