Eva Mendes seems to have it all — a boyfriend that every girl wants, a great acting career and a mother who stalks her on Google… at least she cares right? 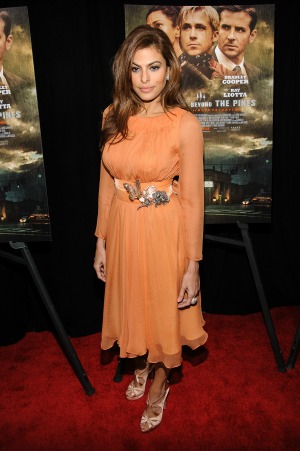 Eva Mendes has revealed that her mother is just like most mothers, and wants to know everything that happens in her daughter’s life.

Yet, since her daughter is a successful actress, she has slightly more resources and reportedly has often used Google to “keep track” of Mendes.

Mendes’ mother finds out the latest gossip about her daughter’s private life by using various search engines, pretty much like what we do.

The actress revealed to Lucky Magazine, “The way my mother keeps track of me is looking me up. I say, ‘Please, mother, don’t Google me!'”

The beauty is fortunate to be in a two-year relationship with one of Hollywood’s hottest talents, Ryan Gosling. Unfortunately for us, Mendes will not speak about her relationship and give us any juicy details!

In an interview with the October issue of Lucky Magazine, Mendes teased, “You can ask about my boyfriend. I just won’t answer.”

Hollywood stars are always putting on weight or drastically losing it for their roles, and Mendes’ appearance in her latest film The Place Beyond the Pines required her to become very skinny.

Mendes discussed her role and her figure, saying, “I’ll do anything for a role. For [The] Place Beyond the Pines, I exercised a lot. I wanted my character to feel really depleted.”

However, one person who was not impressed with how emaciated Mendes was looking was her mom. The actress revealed, “My mum didn’t understand why I would want to look that way. She’s constantly telling me I’m too skinny.”

At least her mother was looking out for her, right?

We wonder just how skilled Mendes’ mom is with her updates, so if you happen to see this article, then hello Mrs. Mendes!