Agnes Magnúsdóttir was the last person executed in Iceland. Her story is fascinating but was little known outside of Iceland until Hannah Kent’s beautifully written historical novel Burial Rites came along.

So much historical fiction is set in Western Europe (particularly Britain and France) or the United States that, at times, it feels like there is hardly anything else out there. That is part of the reason why Burial Rites is such an amazing find. Based on the true story of a 19th-century Icelandic woman accused of murder, Burial Rites offers lovers of historical fiction a stunning new setting in which to become immersed. 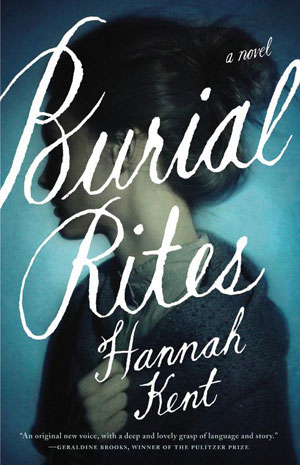 In Iceland in 1829, the thought of a woman committing murder is nearly unfathomable to many, but the unthinkable has happened. In fact, two women have been convicted, alongside a man, of killing two men. Iceland is, at the time, a part of the Kingdom of Denmark, so the death sentence pronounced upon the murderers by the district commissioner has to be upheld by the Danish king before the sentence can be carried out. Due to difficulties accommodating the prisoners in Reykjavik, the district commissioner decides that one of the women, Agnes Magnúsdóttir, will be housed by the family of one of his commissioners while she awaits her likely execution.

Predictably, the family — consisting of Jon and Margret and their two daughters — is less than thrilled about inviting a convicted murderer into their home. And yet, when Margret first meets Agnes, she cannot help but feel a measure of sympathy for the girl, who has clearly been ill-treated in captivity. Agnes is filthy — covered in lice and in dirt so thick that scraping it off her body practically requires removing a layer of skin.

Despite their initial sympathy, the family tries to keep as much distance between Agnes and themselves as possible. It is only Toti, Agnes’ spiritual adviser, who seems to want to understand who she is and what she has gone through. Things start to change between Agnes and her hosts, though, the closer she comes to her execution, as they learn that there is more to her story than they first knew.

Kent’s powerful and beautiful prose along with Agnes’ fascinating story will hook readers and not let them go.