Which Mistresses hunk makes you feel faint? We want to know the guy who won your heart, and the ones you hope will win the hearts of our mistresses. 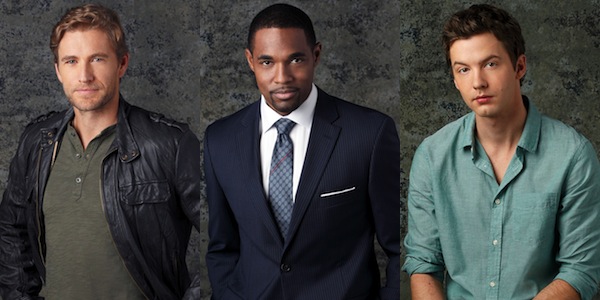 The Season 1 finale of Mistresses is tonight! In honor of the summer soap coming to a close (we aren’t sure yet if it will be renewed by ABC), we want to hear your opinion on your favorite Mistresses man.

Here’s an overview of each relationship to refresh your memory before you vote:

So, tell us! Which Mistresses man was the most swoonworthy? 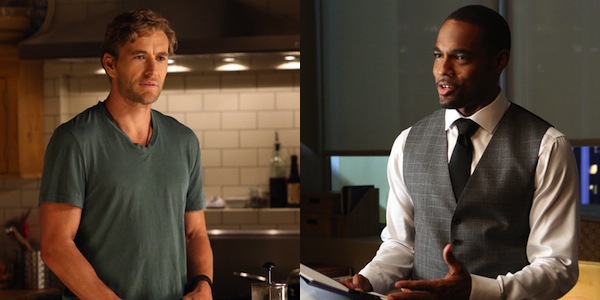 Harry is Savi’s loyal husband. The two have been trying to conceive for a while, but ran into some fertility issues. Then, after Savi’s affair, she got pregnant and isn’t sure if Harry is the father. Devastated, Harry tells Savi that if the baby isn’t his, Savi (Alyssa Milano) will have to choose between him and the child. Without knowing the paternity, Savi chooses the baby and Harry moves out of the house.

Dominic, or Dom, is the other man in Savi’s life. As her co-worker, the attraction has been mutual for a while, but Savi finally caves to temptation one night in a steamy affair with Dom. It wasn’t just a one night stand, though. Dom is interested in a relationship with Savi. When he finds out about the baby, he’s supportive of her and respects her wishes regarding paternity. After Harry moves out of the house, Dom and Savi start getting closer. Though they haven’t been intimate since the night at the office.

It’s father against son in this match. Oh, boy!

Tom was Karen’s patient. Despite being married and having terminal cancer, Tom started a relationship with Karen and the two fell in love. Karen prescribed Tom morphine so Tom could end his life on his terms. Little did Karen know, Tom’s wife Elizabeth was aware of the affair. Now she’s out to get Karen.

Sam is Tom and Elizabeth’s son. He knows his father was having an affair and approaches Karen for information on the other woman. Karen avoids the topic, but Sam is insistent. Through his quest for information, Karen and Sam grow close. Though she’s attracted to Sam, Karen knows it’s wrong. Eventually, she gives in to desire. Of course, right after their steamy night, Sam finds out Karen was the other woman in Tom’s life. Shockingly, he isn’t surprised and doesn’t seem offended by it. In fact, he still wants a relationship with Karen. Can it work? 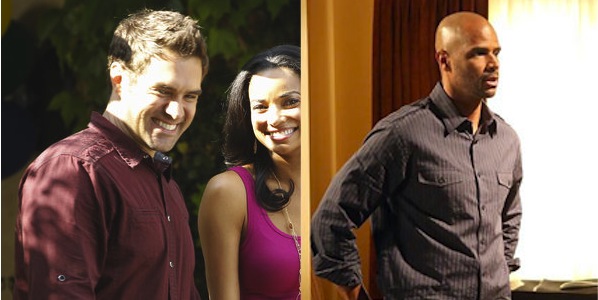 Richard is a single dad. April is a single mom. Their daughters are friends so, of course, the two parents meet. The attraction is mutual, and the dates begin. Simple, easy, honest. Richard is great at communicating and great in the bedroom. He even happily puts up with April’s drama and her newly alive husband.

Paul is April’s dead husband. Yeah, dead husband. He faked his death after leading a double life with another woman. After the other woman tries to blackmail April, Paul knows it’s time to come clean. He reenters April’s life and wants to see their daughter Lucy. April doesn’t know whether or not to tell Lucy her father is alive. As of the last episode, April had decided to tell Lucy about Paul at Richard’s encouragement. She also seemed to find some common ground with Paul. Will it stay simply civil or escalate into attraction?

We had to throw Alex in the mix, of course. She was Joss’ main squeeze this season after all. And the girl is a yoga instructor, so you know she’s got a hot six-pack. Aside from her rockin’ bod, she’s opened Joss’ world to the possibilities of steady relationships. Alex knew from the start she couldn’t make Joss a lesbian, but their relationship was a great chance for Joss to grow up a bit.

Olivier, on the other hand, is Joss’ boss. At first, he didn’t like Joss at all. In fact, he was pretty keen on insulting her. When she tried to flirt with him, he acted completely uninterested. Until Joss entered into a relationship and stopped thinking about Olivier, that is. Once Joss moved on, Olivier was suddenly infatuated with her. Though she denied him a few times, Joss eventually gave in and slept with Olivier. Right after Round 2, he told her he was moving back to Paris. Can a chiseled jaw make up for his lack of respect?

So, tell us! Which guys (or girl) do you think our mistresses should choose?