David Hasselhoff played Nick Fury before it was ever Samuel L. Jackson’s role in The Avengers. But the Hoff decided to speak up, and say some not-so-nice things about Jackson’s portrayal. 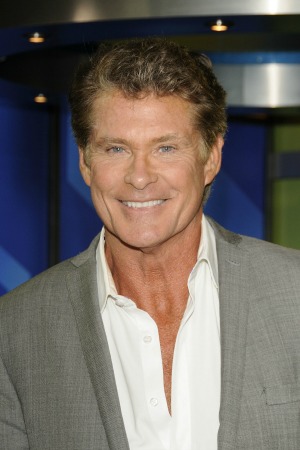 It’s possible David Hasselhoff never saw Pulp Fiction, because he just picked a fight with someone not many people would mess with. The Hoff sat down with Yahoo! Movies on Wednesday to talk about his role Nick Fury in the 1998 TV movie Nick Fury: Agent of S.H.I.E.L.D.

“I was the first Nick Fury,” he said, according to TV Guide. “Stan Lee came on the set and told me all about Nick. He said, ‘You’re the ultimate Nick Fury.’ He gave me the greatest compliment ever.”

But Hasselhoff wasn’t the first to play the character, and he certainly wasn’t the last. Samuel L. Jackson is the latest to play Fury, in 2012’s The Avengers, and Hasselhoff commented on his portrayal.

“You know, it wasn’t Nick Fury,” he said. “They take these shows and they make it the way they want to make it and, unfortunately, they should have had Stan Lee on the set and let him kick him into gear — whoever directed [The Avengers] decided they wanted to go that way. But it’s their prerogative. He’s still a great actor.”

Hasselhoff was taking more of a shot at director Joss Whedon than Jackson himself, but he just kept talking. He shared that he was hoping he’d be the only one to play the character, but “then Samuel L. Jackson came in and he was a great Nick Fury, but he wasn’t really the consummate Nick Fury, the way he was written,” he said.

The actor later realized what he had done, and backtracked on his comments, this time on Twitter.