Dig deep into the WikiLeaks crisis with The Fifth Estate. In this behind-the-scenes featurette, the cast and crew reveal the untold story of Julian Assange. 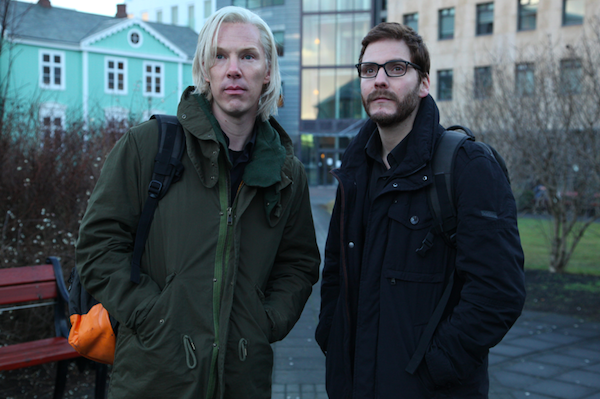 DreamWorks has released a new featurette promoting next month’s The Fifth Estate. The thriller is inspired by the real events circling editor, activist and publisher Julian Assange (Benedict Cumberbatch). Together with Daniel Domscheit-Berg (Daniel Brühl), his website WikiLeaks unleashed thousands of confidential U.S. documents from the government.

The Fifth Estate trailer shines a light on WikiLeaks >>

Some called Assange a hero, while others consider him a terrorist. By releasing top secret files, information was exposed to both the American public and their enemies. It’s a slippery slope that the film plans to explore. In the following video, director Bill Condon explains the story’s point of view.

There have been countless documentaries about Assange’s rise and fall. Therefore, Condon wanted to avoid repeating the same narrative. Instead, The Fifth Estate isn’t treated as a direct adaptation of the events. It plays devil’s advocate for the audience. The film looks at Assange from a different angle.

Cumberbatch had to adopt an Australian accent for the role, as well as a bleached wig. Assange is known for his his white hair. It’s become synonymous with his image.

The Fifth Estate has an all-star cast that includes Laura Linney, Stanley Tucci, Dan Stevens, Anthony Mackie and David Thewlis. It’s a proper mix of American and U.K. actors and it gives the film a true, international feel.

Watch The Fifth Estate featurette below:

Will you be seeing The Fifth Estate when it opens?