Good things come to those who wait. Viola Davis applied that philosophy to her professional and personal life and recently revealed how it helped find her Prince Charming.

Related story Viola Davis Explains Why She Would Still Never Be Cast as the Lead in a Movie Like Eat, Pray, Love 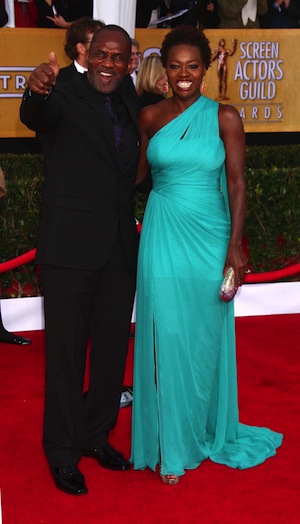 Love is a many splendored thing. We all want it, but not everyone’s lucky enough to get it. Most women are told they should have a husband and children by a certain age. But when neither is present, it becomes a race against the clock. Oscar-nominee Viola Davis refused to be ruled by that.

Couples reveal their secret to a successful marriage >>

In the Oct. issue of Essence, the actress revealed her path to love and motherhood. It may sound unconventional, but Davis didn’t spend a lot of time on the dating scene before meeting her husband (Julius Tennon). She took a more spiritual route via prayer.

“I asked for a husband who was emotionally available, someone who was older, someone who maybe had a family before,” she tells the magazine. “I like older men. Someone from the South. Someone who loves God more than he loves himself.”

That sounds great in theory, but could it really happen? In Davis’ case, yes! Shortly after that, the man of her dreams walked into her life. “I met my husband three-and-a-half weeks later, an ex-football player from Austin, Texas. On one our first dates, he took me to church.”

If that’s not faith, we don’t know what is. The couple married in 2003 and went on to adopt a daughter named Genesis in 2011. Davis now has everything she could ever want. She’s one of the most talented actresses in Hollywood, with a great family and, more importantly, a good head on her shoulders.