Dancing with
the Stars edition 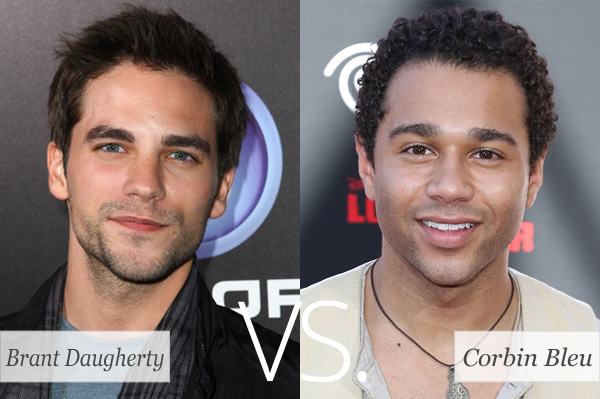 Rosewood badboy, Brant Daugherty, is going to frolic, bound and leap for our votes this season on Dancing With The Stars. Handsome, tall, with good ol’ Midwestern charm, it will be interesting to see if his body can tackle the dance floor as well as his charismatic smile tackles our hearts. Born Aug. 20, this 28-year-old Leo is roaring onto the scene.

Daugherty is going to have some competition this season. Former child actor, Corbin Bleu, will be competing against him for the mirror ball on DWTS. Born Feb. 21, at just 24-years-old, this Pisces is making a big splash.

Brant Daugherty: Known for his role on ABC’s Pretty Little Liars, Daugherty was also recurring on Days of Our Lives and Army Wives. He must have a funny bone too — as he can be seen playing a parody version of Liam Hemsworth’s Gale in The Starving Games, out this fall.
Corbin Bleu: This boy is talented with a capital T. Like Daugherty, he recurred on a daytime soap (One Life to Live), but he can also sing, dance and has even produced a couple of projects! He was in all three of the High School Musical movies and his debut album, Another Side, sold 18,000 copies in it’s first week.

Brant Daugherty: Serious about his career, he moved out to Los Angeles right after college. He started out working as an assistant and his first big role was in Bring It On: Fight to the Finish. From the looks and sounds of it, he isn’t part of the young Hollywood that parties every night and he seems very responsible and put together.
Corbin Bleu: An avid dancer, he has also graced Broadway with his presence, performing in the musicals In the Heights in 2010 and Godspell in 2012. Those performance schedules are incredibly demanding, so he must have it very together to be juggling all of these commitments so well.

Brant Daugherty: He is quoted in Seventeen magazine as being addicted to In-N-Out, but he either has a crazy-fast metabolism or he saves them for his cheat meal… and he obviously works out. I’m sure we’ll get a better glimpsewhen Season 17 of DWTS airs.
Corbin Bleu: Keenly aware that the camera adds ten pounds, he has a rigorous workout and diet regimen. For shirtless scenes he uses intermittent fasting and Epsom salt baths. His trainer took him from 170 pounds to 156.

Brant Daugherty: He is apparently a very sweet and friendly guy… who just happens to be disarmingly good-looking.
Corbin Bleu: Corbin really gives back. He frequently volunteers and is involved with the Starlight Children’s Foundation, Make-A-Wish Foundation and St. Jude’s Children’s Hospital, just to name a few. He also hosted the Do Something awards in 2006, which honors outstanding activism.

Brant Daugherty: Currently pet-less… with his crazy schedule, maybe that’s for the best.
Corbin Bleu: I’ve heard he has a yorkie. He also attended an event for the Tigger Foundation, which rescues abandoned cats and kittens.

Brant Daugherty: He has a degree in film from the Columbia College Chicago.
Corbin Bleu: He attended a high school for the performing arts and was one of the first students of the Debbie Allen Dance Academy.

Brant Daugherty: It looks like Brant is committed to his career right now and may not have time for a relationship. His celebrity crush is Natalie Portman. Petite, intelligent brunettes around the world rejoice!
Corbin Bleu: It’s challenging to find hard facts on this boy’s relationship status. Some say he’s single and some say he’s attached. Just this Wednesday he was rumored to be shopping for engagement rings with his girlfriend, but Bleu’s rep answered “no comment” when questioned. Taken or single, he will still be a strong contender for this season of DWTS.

So are you rooting for Pretty Little Liar’s Brant Daugherty or High School Musical‘s Corbin Bleu on Dancing with the Stars Season 17?! 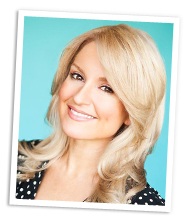 Alexander Skarsgard or Joe Manganiello?
One Direction or The Wanted?
Channing Tatum or Henry Cavill?