Get ready for another awards show season! Angelina Jolie and Steve Martin are just a few of the names being honored by the Academy this fall. 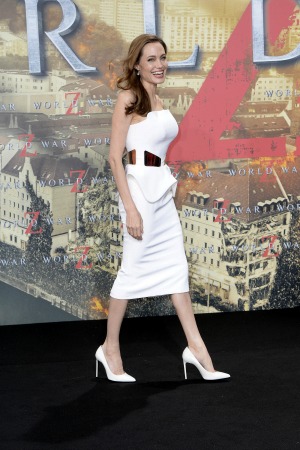 Awards show season is almost upon us and the Academy of Motion Picture Arts and Sciences is ready to kick off their first big event of the season. The 5th Annual Governors Awards will honor some of Hollywood’s finest actors.

This year’s Honorary Awards for lifetime achievement in the film industry go to Angela Lansbury, Steve Martin and Piero Tosi.

In a statement on Thursday, Academy President Cheryl Boone Isaacs said, “The Governors Awards pay tribute to individuals who’ve made indelible contributions in their respective fields. We couldn’t be more excited for this year’s honorees and look forward to bringing their peers and colleagues together to celebrate their extraordinary achievements.”

Legendary actress Angela Lansbury is famous for her roles in Bedknobs and Broomsticks, Mr. Popper’s Penguins and her voice work in Beauty and the Beast. However, she also has three Oscar nominations to her name with films like The Manchurian Candidate, Gaslight and The Picture of Dorian Gray.

Comedian Steve Martin has hosted the Oscars three times including his last stint with pal Alec Baldwin in 2010. He’s well-known to audiences for his funny turns in Father of the Bride and Parenthood, but the 68- year-old is also an accomplished screenwriter. He’s written scripts for movies like Three Amigos, Roxanne and L.A. Story.

The Honorary Award is given “to honor extraordinary distinction in lifetime achievement, exceptional contributions to the state of motion picture arts and sciences or for outstanding service to the Academy.”

Also being honored that night is Angelina Jolie. While she is still young in her career, the Academy is bestowing her with the Jean Hersholt Humanitarian Award. The award is given “to an individual in the motion picture industry whose humanitarian efforts have brought credit to the industry.”

Her work with the United Nations as an advocate for refugees has not only shaped her personal life, but also her onscreen work. She has tackled global humanitarian causes in films like A Mighty Heart and In the Land of Blood and Honey. The 38-year-old star won an Academy Award in 2000 for Girl, Interrupted.

The awards will be handed out on Saturday, Nov. 16 in Hollywood. The honorees will also be acknowledged during the live television broadcast of the 86th Annual Academy Awards on Sunday, March 2, 2014.