When news came out that Fifty Shades of Grey producers cast Charlie Hunnam and Dakota Johnson for the lead roles in the film, fans revolted. Now, they have started an online petition to replace the actors with Matt Bomer and Alexis Bledel. 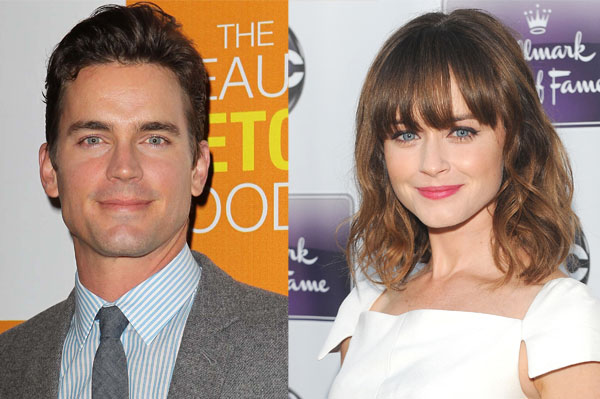 Unhappy fans of the super-erotic S&M novel Fifty Shades of Grey have begun an online petition to have actors Matt Bomer and Alexis Bledel replace Charlie Hunnam and Dakota Johnson for the lead roles in the book’s film adaptation.

When news broke that Hunnam and Johnson — Don Johnson and Melanie Griffith‘s daughter — were going to play Christian Grey and Anastasia Steele, respectively, fans exploded with anger. Devoted Fifty Shades enthusiasts were totally displeased with the cast choices and decided to do something about it.

Nearly 18,000 fan signatures have been collected already for the petition, which demands that Bomer and Bledel be cast “ASAP,” E! Online reported.

In the hopes of getting the roles switched, the creators of the petition at Change.org wrote:

“Matt Bomer is the PERFECT DESCRIPTION OF CHRISTIAN GREY AND ALEXIS BLEDEL IS THE PERFECT ACTRESS TO REPRESENT ANASTASIA STEELE and if THEY ARE NOT, NOBODY WILL BE And I read the whole trilogy and I can assure that Matt is the perfect actor for this movie and Alexis too. So please PLEASE, all of the GREYsessed and Bomerettes in the world NEED those actors. They always will be for us the Christian Grey and Anastasia Steele. WE CAN DO ANYTHING GUYS, ANYTHING.”

However, a switch is actually highly unlikely, as producer Dana Brunetti has already responded to fans’ initial casting reaction when he sent out a tweet to deal with the backlash.

“There is a lot that goes into casting that isn’t just looks. Talent, availability, their desire to do it, chemistry with the other actor, etc.,” Brunetti wrote, “So if your favorite wasn’t cast, then it is most likely due to something on that list. Keep in mind while hating and keep perspective.”

The initial cast announcement was also delivered via Twitter by the novel’s author, E.L. James herself.

According to a E! News source, the author has also said she’s “very happy” with the cast choices for her lead characters, admitting to being “obsessed with Charlie’s work.”