Jennifer Hudson has come a long way since American Idol. The actress took on the monumental role of playing the person many call the Mother of South Africa. 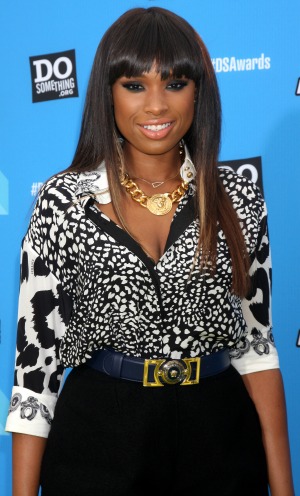 Jennifer Hudson made a decision last year to take on the biggest role of her life. When the singer and actress was offered the role of Winnie Mandela in a biopic about the famous wife, she took plenty of time to think about it before making her decision.

“She’s such a strong figure,” Hudson said (something she also prides herself on), according to the New York Times Syndicate. “I found myself extremely intimidated.”

Winnie Madikizela-Mandela and Nelson Mandela were divorced in 1996, but she remained an important part of South African politics. Hudson said she wasn’t sure she was up to the task “of someone who is still very present and who is still very much important to her country and history.”

Adding to the pressure, there was an outcry over an American actress winning the role of the famous South African, but Hudson did all she could to win over her critics. She started by learning the South African accent as best she could, but she found those lessons taught her so much more.

“I worked with a dialect coach from the Xhosa tribe,” the actress said. “She’s a young African girl. She was teaching me African history, and so just hearing how close and deeply rooted they are in their culture was mind-blowing.”

Nelson Mandela was imprisoned in 1964 on charges of attempting to overthrow a white-majority government. In that time, Winnie Mandela did what she could for the country, joining the African National Congress Women’s League.

“Learning her entire story was shocking to me,” Hudson said. “Because, growing up as an American and an African-American, we have always been part of the struggle that Nelson Mandela fought. So we’d heard of Winnie Mandela but never heard her story or learned of her struggle.”

Five years after her husband was imprisoned, Winnie Mandela was also sent to prison, this time under the country’s Terrorism Act. According to the New York Times, she did all she could to battle her isolation, at times communicating with insects. Hudson wanted to make sure she understood what Mandela was going through. She told the filmmakers, “I want to feel that way.”

“In some of the solitary confinement scenes I requested that they be filmed back to back to back so that I could feel anywhere near [what] she did, though obviously there’s no comparison,” Hudson told Moviefone. “Just to be as overwhelmed as I could get so it would be that much more real to me, to get a sense of anything, an increment of what she felt. I remember being in those moments thinking, ‘Oh my god, this is someone’s life, someone actually really went through this. Not fiction, this is real.'”

Hudson is not one to back away from a cause, and Winnie Mandela was an important film for her to make. Terrence Howard will play Nelson Mandela.