Superstar will.i.am shares his opinion on the dance phenomenon twerking, and says he even takes lessons to perfect his bottom-shaking moves. 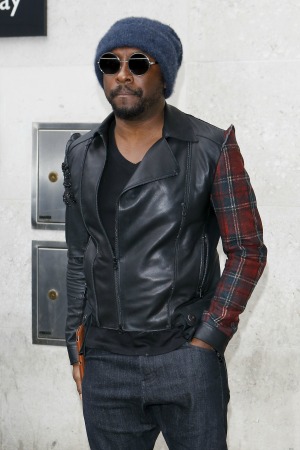 While Miley Cyrus may have shed a new light on the dance style known as twerking during her MTV VMAs performance with Robin Thicke, the butt-bouncing dance is not going anywhere any time soon.

We have seen several celebrities embracing the craze, including Cyrus getting her twerk-on in a unicorn onesie. One Direction star Harry Styles tried his hand at the dance and Nicki Minaj showed off her bottom-shaking abilities during a performance of her single “High School” at the 2013 Billboard Music Awards… the list continues.

In fact, the word was even recently added to the Oxford English Dictionary, so the popularity of the whole craze has definitely not taken a hit.

When will.i.am was asked after Cyrus’ VMAs performance if he thought she had destroyed the dance phenomenon — which has been around for over 20 years — he replied, “What are you talking about, man? I had twerking lessons yesterday.”

We are pretty sure he was joking, but if the Black Eyed Peas star isn’t, it would certainly be interesting to see some footage of him learning how to shake his derrière!

Moving away from the topic of Cyrus, who has said her performance was intended to make history, will.i.am spoke about his musical influences and inspiration.

The late King of Pop Michael Jackson has been an inspiration to will.i.am because he taught him that one of the most important traits to possess is humility, regardless of how famous you become.

In an interview with the Metro newspaper, will.i.am said, “(I learned the most from) Michael Jackson. I learned that if entertainment is your career, every second of your life is like being on stage. And humility.”

“Every performance could be your last, so make sure you’re making the right decisions. It’s why he had such an excellent body of work. As big as he was, he wasn’t arrogant. He wasn’t rude.”