Michelle Williams is ready to sing and dance. She’s spreading her wings into the world of professional theater. Next year, she’ll star in one of the most celebrated musicals of all time, Cabaret. 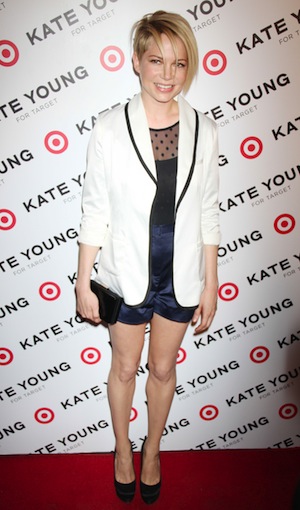 It’s hard to believe that Michelle Williams has never touched the Broadway stage. Luckily, there’s a first time for everything. The three-time Academy Award nominated actress is tackling Cabaret. It’s the famous musical written by Christopher Isherwood, with music by John Kander and lyrics by Fred Ebb.

Williams will appear as Sally Bowles in the Roundabout Theater Company’s revival. In the past, Sally’s been played by Judi Dench, Natasha Richardson, Jennifer Jason Leigh, Teri Hatcher and, most famously, Liza Minnelli (in the 1972 film). Oddly enough, Emma Stone was rumored for the role back in May but scheduling conflicts prevented her from signing on.

According to the New York Times, Williams will first appear in previews starting March 21. The production is scheduled for a 24-week run, which officially opens on April 24 at Roundabout’s Studio 54. This incarnation of Cabaret will be backed by Oscar-winning director Sam Mendes as well as co-director and choreographer Rob Marshall.

Williams has come a long way from her days as Jen on Dawson’s Creek. She’s already proven herself to be a formidable actress in both television and film. Broadway’s a different kind of monster, but we think she’s up to the challenge.

What do you think of Williams as the new Sally Bowles?