The Talk‘s Sheryl Underwood is in a lot of hot water right now for some comments she made about the “curly, nappy” hair belonging to Heidi Klum’s sons. 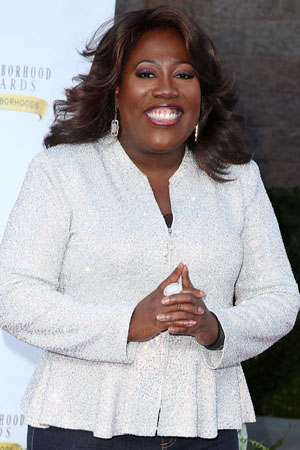 The Talk co-host Sheryl Underwood is in trouble with fans for something she said on the popular CBS daytime show… in June. Underwood and her co-hosts were discussing a comment Heidi Klum made about keeping her sons’ hair clippings for craft projects.

“Why would you save afro hair?” Underwood remarked, adding “You can’t weave afro hair” and that “You never see us at the hair place going ‘Look, here, what I need here is, I need those curly, nappy beads… that just seems nasty.”

The comments didn’t attract much attention at the time, but a rerun over the show’s Labor Day break caused a furor on Twitter.

And users weren’t afraid of airing their displeasure directly at the comedian.

Underwood responded to many of the tweets, though she later claimed her words were just “a bad choice of words” in an interview with natural hair blogger Curly Nikki.

“I’m not what you think I am. I don’t have self-hate. I am not ashamed of my blackness or who I am,” she said in the interview. “In high school I had a giant afro. In college I was militant. I loved my afro puff. My dad instilled black pride in me. I have no hair shame whatsoever.”

She also made a tearful apology on The Steve Harvey Show.

The Talk: No makeup, shocked viewers >>

“To all of you, I say I’m very sorry for my failed attempt at humor surrounding something that’s very sensitive to us: our hair,” Underwood stated. “I could use this time to try to explain the intent of what I said, but misunderstanding aside, the way the joke came out offended my people and my community, which was not my intent.”

Will fans accept her apology and move on? Time will tell.

Was Sheryl Underwood’s apology believable, or has she damaged her credibility beyond repair? Sound off below!