Can Carrie type away the drama Molly Sims’ character will bring to The Carrie Diaries? Probably not. 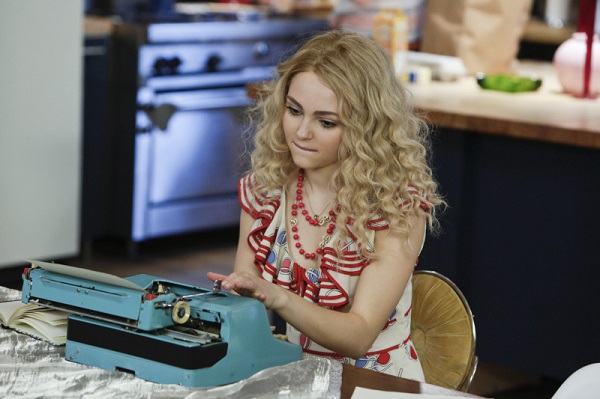 Oo la la! It looks like trouble is ahead for young Carrie Bradshaw (the oh-so-stylish AnnaSophia Robb) on The Carrie Diaries. Why? Molly Sims is showing up and she’s coming after Carrie’s man.

SJP thinks The Carrie Diaries is “odd” and Candace Bushnell loves it! >>

E! is reporting that Sims is set to guest star on multiple episodes during The Carrie Diaries‘ Season 2. Sims will play Vicky, a model and jewelry designer with her eyes set on Sebastian (Austin Butler). Vicky won’t be Sebastian’s first hook-up with an older woman. You may remember that Sebastian showed up at Carrie’s school after being kicked out of his former school because he had an affair with a teacher. Carrie really shouldn’t see Vicky as competition. She and Sebastian broke-up during the Season 1 finale due to Sebastian’s tryst with her BFF Maggie (Kate Findlay). However, if we know anything about Carrie Bradshaw, it’s that she often gets hung up on guys that are completely wrong for her (*cough-Big-cough*). Whether she should or not, it sounds like Carrie will want Sebastian back when Season 2 kicks off in October.

“Relationships have a lot of ups and downs and are very complicated,” EP Amy B. Harris told E!, explaining the dynamic between Carrie and Sebastian. “What I like about Carrie Bradshaw is she can make a lot out of nothing and then sometimes, she’s looking at it in just the right way. It’s a journey for her… this is a relationship I want to keep mining for as long as I can.” 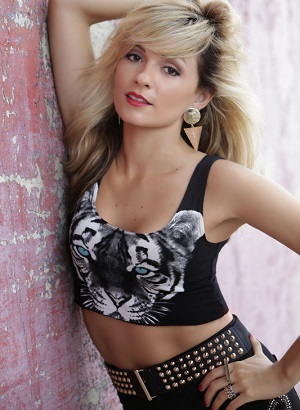 Sims won’t be the only new character joining the line-up on The Carrie Diaries. Season 2 will also give us our first glimpse at a young Samantha Jones. The gorgeous Lindsey Gort will be stepping up to play the part of Samantha, a role previously played by Kim Cattrall on Sex and the City. She has Cattrall’s blessing, though.

“So happy u’re playing Fearless Sam,” Cattrall tweeted, after the news had been announced. “The key 2 her is her heart. She never judges those she loves. Have a blast! Kimx”

We’re excited to see where Vicky and Sebastian will go, but we’re also really intrigued to see where Gort will take our beloved Samantha! The Carrie Diaries premiers on The CW on Oct. 25.