John Cusack has been harassed for years by one crazy fan. She is finally behind bars after a scary incident on Tuesday. 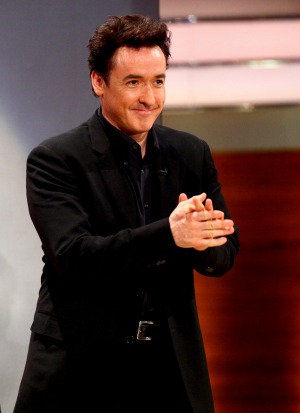 John Cusack can sleep a little better tonight after his longtime stalker was arrested yesterday at his home in Los Angeles. According to TMZ, Elizabeth Pahlke has been tormenting The Butler star for years with every form of communication including emails, voicemails and tweets.

The actor was granted a temporary restraining order on Aug. 30 which not only protects him, but also his security guard, after Pahlke left a letter outside his home on Aug. 29.

She waited for him to leave his home and began to follow him. After Cusack called the cops, the stalker was arrested and placed on a 5150 involuntary psychiatric hold.

In his court documents, the actor wrote that Pahlke “claims that the angels told her that we were together in a previous life, and that she needs to be with me now in order for me to remember how special she was to me.”

If that wasn’t creepy enough, once the woman was informed of the temporary restraining order by law enforcement yesterday, she immediately violated that order by going to Cusack’s house.

The troubled 45 year old unsuccessfully tried to enter Cusack’s home through a window, but eventually managed to gain access to his property by scaling a fence. Her actions were caught on security cameras at his estate.

She was again arrested for felony stalking and burglary around 6 p.m. and Pahlke is currently behind bars with bail set at $150,000.

No word on whether the Say Anything star was home at the time of the invasion, but his temporary restraining order is in effect until Sept. 23. A hearing will determine if that order will need to be extended beyond the original date.