Is one of Hollywood’s greatest actors retired from acting? According to reports, Jack Nicholson has retired from his entertainment career without ceremony. 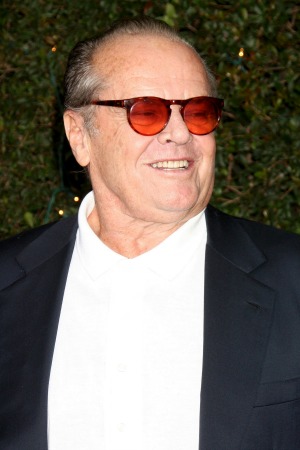 The internet is buzzing today about the rumors that legendary actor Jack Nicholson has retired from acting. The news generated from a RadarOnline article that revealed the 76-year-old movie icon had quietly backed away from his career in the entertainment industry.

A Hollywood insider told the gossip site, “Jack has — without fanfare — retired.”

Sadly though, the reasons for his retirement aren’t about spending more time on the golf course or traveling the world.

The source continued, “There is a simple reason behind his decision — it’s memory loss. Quite frankly, at 76, Jack has memory issues and can no longer remember the lines being asked of him. His memory isn’t what it used to be.”

The last time film fans saw him on the silver screen was back in 2010 for How Do You Know with Owen Wilson, Reese Witherspoon and Paul Rudd. He reportedly was asked to star in the upcoming movie Nebraska, but he turned down the role. The part went to Bruce Dern instead.

His incredible career has spanned five decades and includes two Best Actor Oscars for One Flew Over the Cuckoo’s Nest and As Good As It Gets. He has one Best Supporting Actor Oscar for Terms of Endearment awarded in 1983.

The one thing he isn’t retiring from is public life. He enjoys sitting courtside at the Los Angeles Lakers basketball games and even flirting with Jennifer Lawrence at the Academy Awards.

The source shared, “He’s not retiring from public life, at all. He just doesn’t want a tribute. He’s happy to tacitly join the retirees club like Sean Connery.”