The Glee cast is back at work filming the new season, but they are doing what they can to remember their friend Cory Monteith. 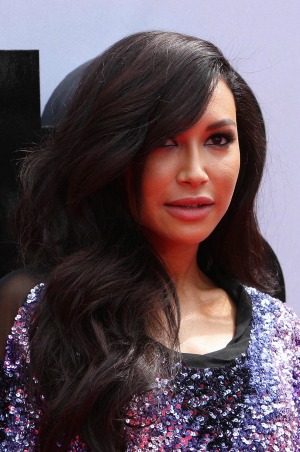 The cast of Glee, both on the show and in real life, are working to move past the sudden death of Cory Monteith. But life on set of the Fox show is not the same.

Cast member Naya Rivera appears on Latina magazine for their October issue, and discussed moving on from Monteith‘s death.

“We’re definitely taking it day by day,” she said, according to E! News. “Everybody’s really just leaning on each other and trying to do good work.”

The cast returned less than two weeks ago to film a tribute to Monteith, and his presence is obviously still felt on set. Kevin Reilly with Fox Entertainment said the tribute episode will deal “directly” with Monteith’s past, and viewers will be tearing up the entire episode.

Monteith died on July 13 at the age of 31 from a toxicity of heroin and alcohol.

The show doesn’t plan an entirely depressing season, and has already dished on a couple of their other story lines. Rivera will be getting a surprise love interest on the show: Demi Lovato.

“There are very few ethnic LGBT characters on television, so I am honored to represent them,” Rivera said about the story line. “I love supporting this cause, but it’s a big responsibility, and sometimes it’s a lot of pressure on me.”

The story line somewhat follows Rivera’s personal life — she’s in a fairly new relationship as well, with Big Sean. The couple met on Twitter, but want to make sure they don’t ever feel they need to keep their relationship private.

“We know so many who are in the public eye dating somebody, and they’re going in through back entrances and won’t make eye contact with each other,” Rivera explained. “That’s just not us.”

Glee will return for their new season Sept. 26.

10 mins ago
by Louisa Ballhaus