Hilaria and Alec Baldwin would like you to meet someone very special to them: their new baby girl. 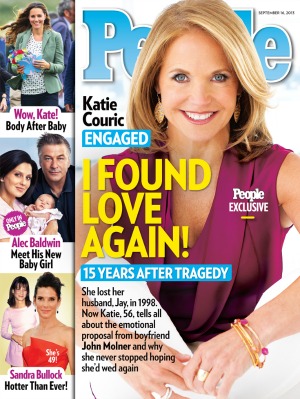 Although his distaste for the paparazzi is well-documented, Alec Baldwin still wants his fans to have the chance to get to know the newest lady in his life. He and wife Hilaria introduced little Carmen Gabriela to the world with an exclusive spread in People and a video spot on Extra!, where the new mom works as a special correspondent.

“It’s a second chance for me, in a way,” Alec said in the latest issue of People of the birth of his daughter in August. “Everybody knows I had a pretty unpleasant custody battle for Ireland.”

While the now 17-year-old model is “well-adjusted and as happy as one can be,” despite the turmoil of her youth, Alec has different plans for his new addition’s early years. “We just want things to be easy, to be nice,” he explained.

“I knew I was going to love her a lot, but it’s incredible how deeply,” she said, adding, “Now I’m getting to the point where if I don’t sleep, I’m going to start walking into walls.”

“She sleeps like a rock all day. And at night she’s like, ‘Let’s have a conference,'” Alec elaborated.

Watch the Baldwins with their new baby girl