This evening the fellows were in fine form. They traveled from all over to attend 2013’s GQ Men of the Year Awards. It’s where the hottest guys celebrate each other. 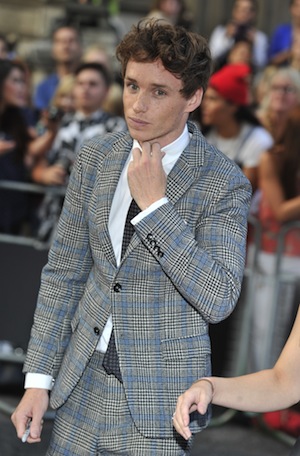 Tonight, the Royal Opera House in London’s Covent Garden was the place to be. It‘s where the 2013 GQ Men of the Year Awards were held. Men, and some lucky women, attended the annual event where the most stylish and groundbreaking celebs were honored.

5 Uniforms every guy should have hanging in his closet >>

According to E! Online, some of the attendees included Justin Timberlake, Tom Hiddleston, Emma Watson, Eddie Redmayne and Rosie Huntington-Whiteley. The Men of the Year Awards are one of the few shows where guys really get to strut their stuff. Gowns and skirts take a backseat to suits and ties.

As always, this year’s categories covered everything from fashion, film, politics, music, sports and literature. If it’s part of pop culture, it was awarded. Check out 2013’s big winners below.

Men of the Year Award Winners

What do you think of this year’s Men of the Year? Are they deserving?