Kanye West showed up in Kazakhstan Saturday as the guest of honor to the president of that country, but he is facing some heat because of the president’s past. 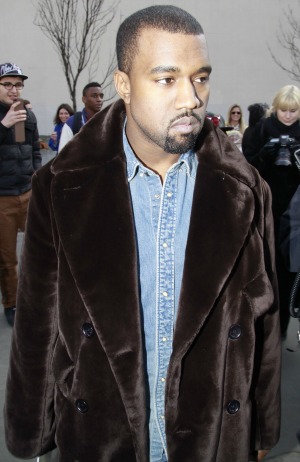 Rapper Kanye West is facing some criticism after reportedly performing for a man with a less-than-stellar human rights record.

The New York Times reported that West showed up at the wedding of Nursultan Nazarbayev’s grandson. Nazarbayev is the longtime president of Kazakhstan, and the wedding reception took place in Almaty Saturday, Aug. 31.

West was seen getting out of a black Mercedes Saturday night, and stepping onto the red carpet of the Royal Tulip Hotel for the wedding.

A guest at the wedding posted a video of West performing “Can’t Tell Me Nothing” on Instagram, along with wedding guests posing for photos in front of the rapper. Tengrinews, a news agency in Kazakhstan, reported that West was a “personal guest” of Nazarbayev’s.

The question about why West performed in the country is still unanswered. He is a talented musician, and obviously doesn’t need the money.

The Kazakh leader has been in power since the fall of the Soviet Union, and was blamed after police fought against striking oil workers in 2011, killing more than a dozen people.

After the deaths, Sting canceled a concert in the country. Other musicians have dealt with the decisions about whether to perform for foreign leaders, some with questionable human rights records, and not all of them have done their research.

Jennifer Lopez performed for the Turkmenistan president earlier this summer, but the singer’s publicist later reported neither of them had an idea of his past.

“The event was vetted by her representatives, had there been knowledge of human-rights issues of any kind, Jennifer would not have attended,” Lopez’s publicist Mark Young told Rolling Stone. “This was not a government-sponsored event or political in nature.”

Neither West nor his representatives have commented on the performance, but hopefully he is now back at home, spending time with his girlfriend and newborn daughter.