HBO Programming president Michael Lombardo announced today that the show will wrap up next summer with its previously announced 10 episodes. 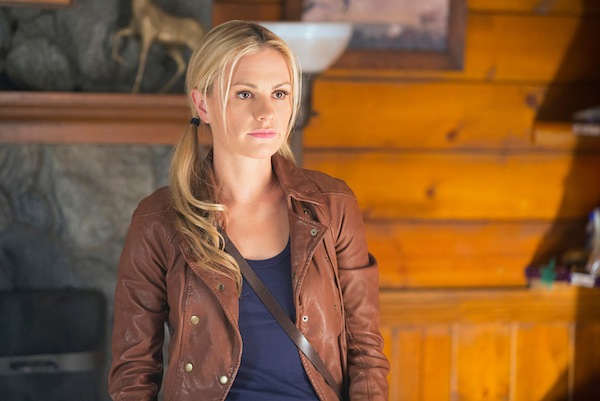 After seven seasons, gallons of blood and dozens of shirtless men, True Blood will come to an end next summer. Don’t fret, we highly doubt it will be the last time we see Alexander Skarsgård and Joe Manganiello shirtless.

“True Blood has been nothing short of a defining show for HBO,” HBO programming president Michael Lombardo said. “[Creator] Alan Ball took the books by Charlaine Harris, assembled a brilliant cast led by the magnificent Anna Paquin in the role of Sookie Stackhouse, and crafted a show that has taken its many devoted fans on an unforgettable journey. Alan passed the baton to Brian Buckner, who led our fantastic writers and crew in crafting a spectacular sixth season, and he will lead us through the seventh and final season of this amazing show.”

Though True Blood has maintained a popular, devoted following through its run, ratings dropped for the show’s Season 6 finale.

On the up side to the show ending, maybe we’ll finally discover Sookie’s fate. Will she become a vampire? Will she end up with Alcide? What about Bill and Eric? Something tells us the drama is coming full force for Season 7. Not that we expected anything less.

What we’ll be waiting for in Season 7 >>

“From the moment I read Charlaine’s books, I thought there was potential for something really special,” show creator Alan Ball said. “Then our amazing writers, cast and crew brought her world to life in a way that exceeded my wildest expectations. I’m deeply grateful to HBO for being true partners and collaborators, and, of course, to the viewers who chose to spend Sunday nights in Bon Temps with us.”