It was a weekend filled with love! Katie Couric is the latest celebrity to get engaged over the long Labor Day holiday weekend. 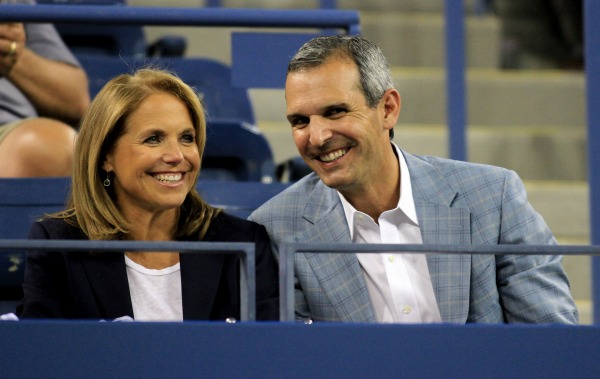 Love was a big theme over the Labor Day weekend. One more celeb has shared her big engagement news. This time, it’s Katie Couric.

The daytime talk show host is officially engaged to her boyfriend of almost two years, banker John Molner. The 50-year-old popped the question to Couric at sunset on the beach in East Hampton, New York.

The Katie host has talked quite publicly about her dating life and some of the famous faces who have courted her in the past. Jeff Probst, Bob Saget and even Larry King have tried to woo the newswoman. However, it was Molner who won her heart.

Couric was married to her first husband Jay Monahan until his death to colon cancer in 1998. The couple had two daughters together, Ellie, 21, and Carrie, 17. The former Today Show anchor hasn’t been shy about her wish to walk down the aisle again.

In 2011, she told People, “When the girls were really little, I always imagined I would be modern-day Carol Brady.”

The 56-year-old decided to put her love life on the back burner and focus on building her daytime talk show.

“I used to worry a lot about the future. [But] who knows what it will bring? Hopefully, it will bring good things,” shared the mom of two.

That’s when Molner walked into her life. They made their first public appearance as a couple in April 2012, and it’s been smooth sailing ever since.

In addition to planning a wedding, Couric is gearing up for her Season 2 premiere of Katie on Sept. 9.