If Scarlett Johansson ever tires of acting, she may lend her voice to another career path… politics. 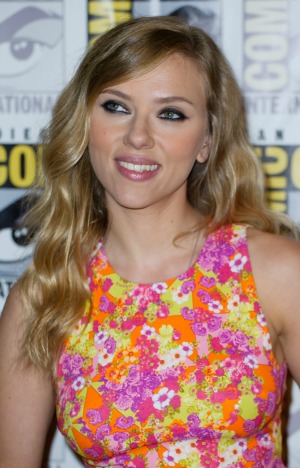 It appears acting is not the only thing Scarlett Johansson is passionate about, as the beauty recently revealed a keen interest in politics.

Johansson appears on the October issue of Harper’s Bazaar U.K. and while the actress is content with her career path, she has not entirely crossed out the thought of a political path.

In an interview with Harper’s Bazaar magazine, Johansson said, “Do I imagine myself having a full-on political career? That seems like a stretch. But who knows?”

“I don’t limit the possibilities. If I have more time, I may be able to lend a bigger voice to politics. I never close the door on those kinds of things.”

Although the actress certainly has no time for politics now, with her busy acting career, she does however come from a political background.

Johansson said, “I come from a politically active family. To be an active member of the community, to be a responsible citizen and to engage politically have always been part of my awareness and part of my life.”

“More than anything else, I believe that if everyone exercised the right to vote, the right choice would be made by the nation as a whole.”

The Avengers actress is a vocal supporter of Hillary Clinton and believes she would be the ideal candidate for the next president of the U.S.

“I think we could only benefit from having someone in office who has been a mother; women have a different perspective and appreciation of humanity because of that maternal instinct,” Johansson said.

“It can only be a step forward.”