Taylor Swift made a mistake when she got caught dropping some not-so-nice words on camera at the MTV Video Music Awards. But it turns out those words may have been meant for her BFF instead. 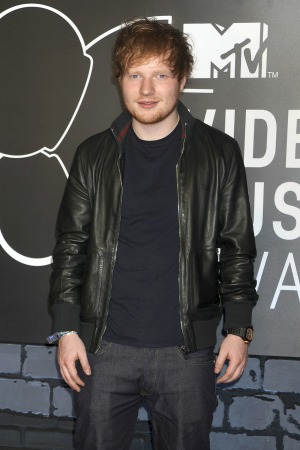 Taylor Swift has never been known to keep her opinions about her ex-boyfriends to herself, so when MTV caught her on video at the Video Music Awards apparently cussing while her ex Harry Styles was on stage, nothing appeared out of the ordinary.

Why Ed Sheeran may be the perfect guy for Taylor Swift >>

However, Swift’s friend Ed Sheeran is defending the singer, saying she didn’t mean what she said. At least not in the way anyone imagined.

Swift leaned in to BFF Selena Gomez, mouthing the words, while Styles’ group One Direction was on stage presenting an award. Gomez was one of the nominees for the award, and Sheeran explained that she didn’t think she was saying she wasn’t going to win.

The British singer added that Swift pretty much knew right away that the cameras were on her, and the remark could be taken wrong.

“Taylor was like, ‘I think I messed up,'” he explained.

Even though the comment may have not been directed at Styles, it doesn’t mean Swift is a fan of his. The couple were photographed together later that night, along with Sheeran and a fan. The photo was circulated online, but the former couple were as far away from each other in the photo as possible. It looks like that wasn’t an accident.

“Ed made sure to keep them separate,” a source told Us Weekly about the party.

The VMAs highlights in GIFs >>

It appears that Swift is finally surrounding herself with people who are supportive and positive influences. But at least for now, none of those people are her boyfriend.